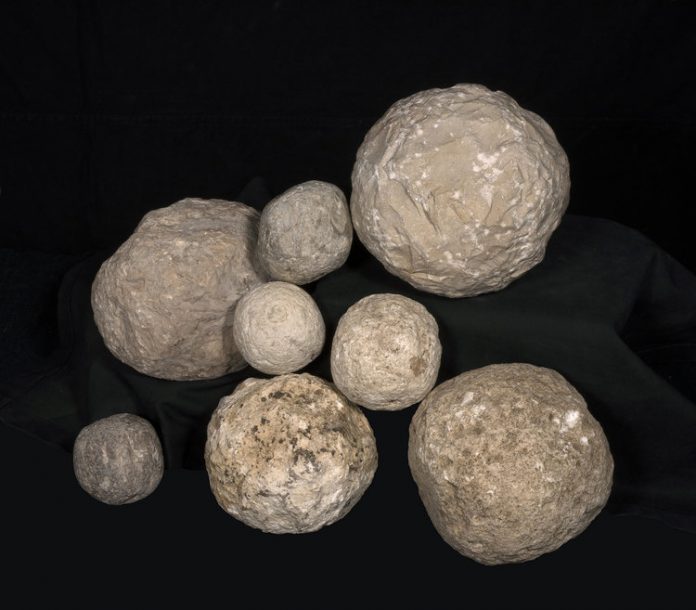 Amid this week’s celebrations making the 50th anniversary of the reunification of Yerushalayim, the Israel Antiquities Authority (IAA) and the Israel Nature and Parks Authority unveiled evidence of the battle of Yerushalayim that took place before the destruction of the Bayis Shaini 2,000 years ago.

Arrowheads and stone ballista balls fired by catapults were uncovered on the main road that ascended from the city’s gates and the Pool of Siloam to the Bais Hamikdash, the IAA said Thursday.

The artifacts, excavated with the financial support of the City of David Society, tell the story of the final battle between the Roman army and Jewish rebels that ended with the destruction of the Second Temple and the rest of ancient Yerushalayim, events that are famously described by historian Flavius Josephus.

“Josephus’s descriptions of the battle in the lower city come face-to-face for the first time with evidence that was revealed in the field in a clear and chilling manner,” said Nahshon Szanton and Moran Hagbi, directors of the IAA excavation, in a joint statement.

“Stone ballista balls fired by catapults, used to bombard Jerusalem during the Roman siege of the city, were discovered in the excavations. Arrowheads, used by the Jewish rebels in the hard-fought battles against the Roman legionnaires, were found exactly as described by Josephus,” the directors added.