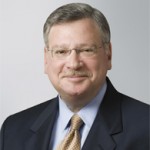 The Board of Directors of the Union of Orthodox Jewish Congregations of America, also known as the Orthodox Union (OU), has unanimously appointed Allen I. Fagin, a well-known attorney and former chairman of Proskauer Rose, LLP, one of the country’s most prestigious law firms, to the position of executive vice president and chief professional officer. Mr. Fagin assumed his new role immediately.

Mr. Fagin is a graduate of Yeshivat Ramaz in New York City; Columbia College (1971); Harvard Law School and the JFK School of Government at Harvard, where he received a JD and a Masters Degree in Public Policy, both in 1975. He then served as a law clerk to the Hon. Robert L. Carter, United States District Judge in the Southern District of New York.

Mr. Fagin practiced law at Proskauer Rose, LLP, one of the leading international law firms, beginning in 1976, where he specialized in employment law, co-chairing Proskauer’s Labor and Employment Law Department for many years. He served as Proskauer’s chairman from 2005-2011. During that time, the firm grew to over 750 lawyers and approximately 1,500 employees, and opened offices in London, Sao Paulo, Chicago and Hong Kong. Mr. Fagin retired from Proskauer at the end of 2013 in order to devote himself, as he puts it, “with far greater intensity, to communal activity.”

Rabbi Steven Weil, who preceded Mr. Fagin as executive vice president, said, “Allen will take the Orthodox Union to places that we have never been. Having had Allen as a mentor and guide in his role as a lay leader, I believe having him lead us professionally represents the greatest of all possibilities for the OU.”

Rabbi Weil, who has exhaustively travelled across North America and the world representing the OU, will now take up a senior position in institutional advancement and community engagement, continuing what Martin Nachimson, president of the OU, called his “exemplary service” on behalf of the organization.

Mr. Fagin’s transition from lay leader to chief professional officer “represents the best of both worlds for us,” Mr. Nachimson said. “Allen is a very talented executive and attorney. He led Proskauer Rose, LLP through a period of tremendous growth during his six-year tenure as its chairman. During that time the firm opened four new offices around the world and saw revenue increase by 65 percent. I expect that as executive vice president he will usher in a new era of professional leadership at the OU.”

“I am honored to stand at the professional helm of an organization that impacts Jewish life in so many ways, both in the United States and around the globe,” Mr. Fagin said after greeting members of the OU staff at its Lower Manhattan headquarters. “My goal is to enable an extraordinary group of professionals to serve our community with even greater resources and focus.”

The Orthodox Union, known by the OU symbol, is the world’s largest kosher certification organization. Founded in 1898, the OU and its more than 500 employees certify nearly two million products and ingredients in 8,000 plants in more than 83 countries. The OU impacts the larger Jewish world through its youth and educational programs like NCSY, NCSY Alumni, JLIC (Jewish Learning Initiative on Campus), Israel Free Spirit-Taglit Birthright and others, Yachad and its disability support networks, the OU Job Board, the OU Advocacy political action arm, Community Engagement and Synagogue Services, OU Israel, the OU Press publishing division, OU.org, OUtorah.org, and Jewish Action magazine.

As an OU lay leader, Mr. Fagin served as chairman of the Orthodox Union’s Youth Commission, which supervises the work of NCSY, the OU’s famed international youth movement. Prior to that, he served as chairman of the Seif Jewish Learning Initiative on Campus (JLIC), which places an educator couple on 16 campuses across the United States and Canada to encourage and facilitate the observance, commitment and education of Orthodox students, while at the same time opening up Torah knowledge to the general Jewish student community.

Mr. Fagin is married to Judith, the former head of school at Yeshivat Ramaz, who currently serves as an educational advisor to Magen David Yeshivah. Allen and Judy have two sons and daughters-in-law; both couples reside in Woodmere, in the Five Towns of Long Island. Eleven of their 12 grandchildren attend yeshivos in the Five Towns; their oldest grandson is currently studying in Israel.