The Emergency Volunteers Project (EVP), a non-profit Israeli organization that deploys emergency service workers to back up first responders in Israel during times of conflict, held a two-day training session on Oct. 28 and 29 in Baltimore County.

During extended conflicts, such as the recent Gaza war, Israeli firefighters and medics in the reserves are called up, leaving fire stations and hospitals understaffed.

When the Israeli government asks, EVP sends seasoned firefighters and medical personnel to help fill in that gap. The organization has trained 500 volunteers since 2010.

“It’s helping out my fellow brothers,” said Ken McGee, a master technician at Fairfax County Fire and Rescue who is not Jewish. “It’s that fraternity; it doesn’t matter color, culture or country.”

EMS Lt. Scott Weiner of Chestnut Ridge and First Engine Lt. Scott Goldstein of Pikesville spent a week at Barzilai Medical Center in Ashkelon during the war on a weeklong EVP medical mission. 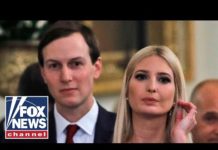 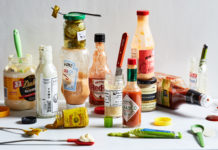 In the Age of COVID-19: Here’s How Long Those Condiments In Your Fridge And Pantry Are Supposed To Last