Two days ago, I sent out a letter to the shul email list in an attempt to address and preempt a wrong done to me and to the voting community of Monsey in the last community-wide election for Town Supervisor. That letter seems to have gotten a life of its own as it has been widely circulated.

Although I clearly stated in that letter that I am not endorsing any candidate, it has come to my attention that many viewed the letter as an endorsement of one slate of candidates since they were mentioned by name and I attested to their fairness and competence. I want to make it fully clear and unequivocal that I do not and will not publicly endorse any candidate for office in this or any election.

I am grateful to those who were concerned that my original letter might be misconstrued as an endorsement and therefore arranged for me to meet with Michael Specht and David Wanounou. Mr. Specht is running for Town Supervisor and Mr. Wanounou for the town board on the Democratic ticket. As my experience with the other party candidates, I am pleased to share that I found Mr. Specht to be intelligent, sincere, capable, and keenly aware of the issues that divide the Town of Ramapo that must be addressed. Mr. Wanounou is an active and vibrant member of Ramapo’s Orthodox Jewish community with an impressive record of public service. Both Mr. Specht and Mr. Wanounou share a vision of uniting the various factions in the town for the benefit of all.

Most importantly, in my meetings with all of the candidates, not one with whom I spoke said anything negative about the opposition. They each expressed a desire and commitment to running positive, issue-based campaigns that would avoid ad-hominem attacks and negativity. They are to be commended for swimming against the tide of poisonous partisanship that has so soiled American politics.

I share this information with you to make clear that I have no publicly stated preference for any slate of candidates over another. If my original letter gave that impression, I apologize for it and I have already apologized personally to Mr. Specht and Mr. Wanounou who were both exceedingly gracious and understanding.

I will reiterate what I said in my original letter. Despite the candidates’ commitment and desire to keep the election about the issues, there are others out there who may not be as ethical and moral. They may engage in personal attacks, innuendo, and fear-mongering in trying to discredit either one of the slates of candidates without the consent or knowledge of the candidates. If you receive any mailings or see advertisements that present the names of community Rabbonim affixed to letters warning of danger and fear, do not assume that those Rabbonim were consulted unless you have confirmed with them.

My meetings with the various candidates have given me new hope and faith in the future of our community. I believe that both Mr. Bill Weber and Mr. Michael Specht are fit and decent candidates for the office of town supervisor and that Mrs. Bechofer and Mr. Wanounou would each impact the town board positively as members.

On a personal level, I plan on respecting the wishes and desires of all the candidates in this election to whom I have spoken. I will do so by spending the time leading to the election educating myself on the issues and the platforms of the competing candidates, and I will vote for whomever I feel will do the most good for this town we call home. I would suggest you do the same.

I ask those of you who shared my original letter to please share this one as well, and, once again, I pray that the L-rd will guide our hands to choosing the candidates who will best serve the needs of our community for now and for the future. 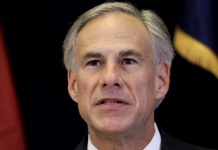