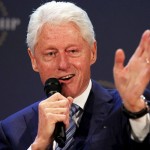 In a stunning interview with CNN’s Fareed Zakaria, former President Bill Clinton placed the blame for his wife’s scandal over her use of private email on the shoulders of Republicans and the press.

“I have never seen so much expended on so little,” Mr. Clinton said. “She said she was sorry that her personal email caused all this confusion. And she’d like to give the election back to the American people.”

He continued to say that this is part of the same type of GOP campaign Democrats have always faced except, he claimed, in 2008.

“The other party doesn’t want to run against her. And if they do, they’d like her as mangled up as possible,” he said. “And they know that if they leak things and say things, that that is catnip to the people who get bored.” Read more at the New York Times.

Pew Study: Most Americans Know Dates Of Holocaust, But Not Number Of Jews Killed 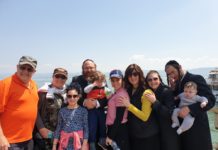 Living in a Conversation with Hashem – Mendel Schulman’s Story 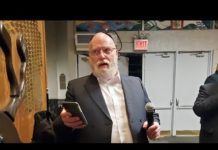