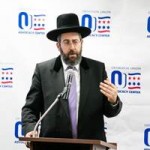 The “physician-assisted suicide” bill, which was approved Sunday by the Ministerial Committee on Legislative Affairs has been met with fierce criticism in the rabbinical world.

Israel’s Chief Ashkenazi Rabbi Rav Dovid Lau slammed the bill, saying that a doctor is permitted to ease a patient’s suffering, but not to put a patient to death. The Chotam rabbinical forum wrote that the proposed law would “aid suicide.”

“A doctor is given the job of healing, and when he is incapable of healing – he has no permission to put to death,” the chief rabbi ruled. “He may provide painkillers even if they bring the time of death closer, but he is not permitted to put a patient to death.”

The Tzohar rabbis’ organization released a halachic opinion denouncing the bill. The organization’s chairman, Rabbi David Stav, said that “there aren’t many issues on which there is one halachic, unequivocal stand which is accepted by all the religious authorities of our generation, like the absolute objection to helping a person end his life in a way similar to the one suggested in this law.”

Forum member Rabbi Dr. Mordechai Halperin, an expert on medicine and Halacha and director of the Falk Schlesinger Institute for Medical-Halachic Research in Jerusalem, added: “If we accept the premise that a person’s life is open for discussion on whether it is worthwhile or not, the right to life will no longer be a clear convention, and this will create an allegedly legitimate debate on where a person’s life can be ended.”

According to the rabbi, if we fail to insist on the sanctity of life, the boundaries will forever be moved further and further. “The law will eventually lead to ending the lives of people who ‘are not suitable for us.’ Every doctor will take the law into his own hands, and killing a person will become a desirable norm,” he said.

Members of the United Torah Judaism faction expressed their rage over what they defined as “losing one’s way completely.” Knesset Member Yakov Litzman, a former deputy health minister, said that “the State of Israel has turned murder into a legal and acceptable procedure.”

According to Litzman, “The government has lost its values by approving a violation of the sanctity of life, which has been a supreme value for the Jewish people in all generations.”

MK Yakov Asher slammed the bill as well, saying that “it’s time to assist the suicide of this bad government. The Israeli government crossed another line today and is continuing its war against the Jewish people’s holiest values.”

MK Uri Maklev expressed his shock over the proposed law, saying that “the Israeli government in its current make-up has shed any ethical characteristics, and the approval of this bill is a loss of the basic Jewish identity. The government is verifying the death of its Jewish identity. It is damaging every good spot of Judaism, starting with Torah studies through the most basic things, like the sanctity of life.” 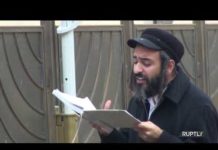 Watch: Tefillos At The Kosel Over The Coronavirus Epidemic 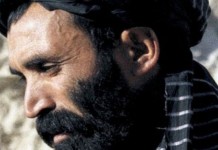 Taliban Says Peace Deal With U.S. To Be Signed At Month’s End