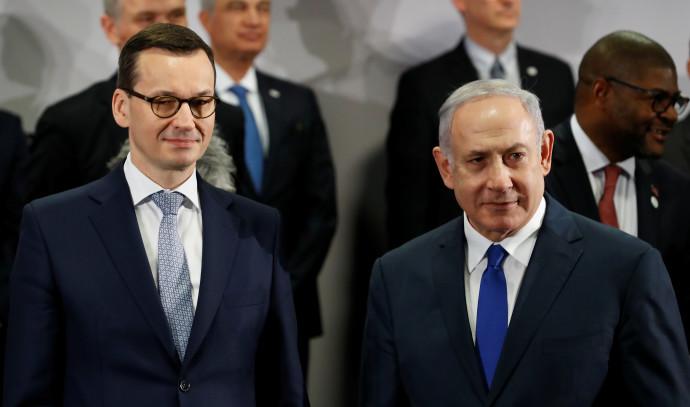 The Trump administration and Polish officials have been in talks for some time to establish a new permanent U.S. military base in the country to counter threats posed by Russia and Iranian regime assets known to have plotted terror attacks in the region.

However, many members of Congress and top Jewish communal officials behind the scenes have been lobbying the Trump administration and Secretary of State Mike Pompeo to demand Poland resolve Holocaust-era claims before the United States agrees to host a permanent military base in the country

Poland remains the only country in the European Union to not have instituted laws mandating restitution to aging Holocaust survivors and their families who had their property and other assets confiscated during World War II. Poland—which is experiencing a resurgence in anti-Semitism—has balked on these demands, arguing that it was just as much a victim of the Nazis as the millions of Polish Jews who were sent to death camps.