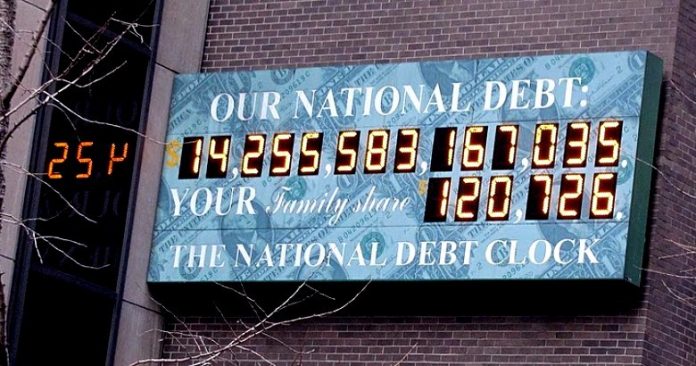 The gross national debt has surpassed $22 trillion for the first time in the U.S. history, according to Treasury Department data released Tuesday.

“This milestone is another sad reminder of the inexcusable tab our nation’s leaders continue to run up and will leave for the next generation,” said Judd Gregg and Edward Rendell, co-chairman of the debt watchdog group Campaign to Fix the Debt.

Deficits have soared under President Trump, spurned on by the GOP tax law, bipartisan spending increases, and the forward momentum of mandatory spending programs such as Medicare and Social Security. Tuesday’s estimate put the total outstanding public debt at $22.013 trillion,