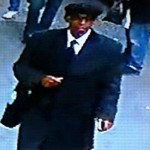 The Diamond District jeweler who was robbed this week was targeted because he stiffed another gem dealer who took the rap for him after the victim got into a car crash, sources told The NY Post Thursday.

Daniel Mikhaylov, who has seven prior busts for driving without a license, persuaded a member of a rival Russian gem-dealing family to take the blame for the accident, sources said.

Sometime later, the 26-year-old man who agreed to the deal and a 35-year-old relative confronted Mikhaylov and demanded $20,000 for the younger man, who lost his license after taking the fall, sources said.

When Mikhaylov refused to pay up, the duo sent two goons to scare him Tuesday afternoon at his business, Watch Standard Jeweler at 23 W. 47th St., near a business that sources said is owned by one of the men.

But the thugs – who pistol-whipped Mikhaylov’s father, Boris – couldn’t resist the loot when they showed up, and allegedly made off with about $500,000 worth of Rolexes and other high-end watches, plus some $6,000 in cash. 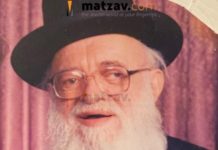