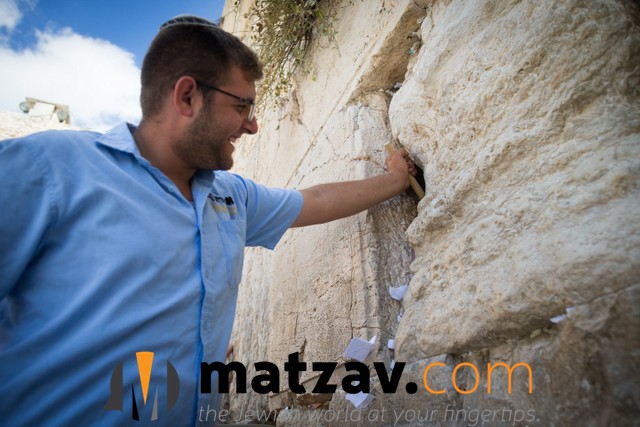 A newly published document from exactly a century ago records a psak that the Kosel‘s kedusha extends over its whole length.

Found in the State Archives, the document was drawn up by members of the Committee for the Preservation of the Holy Places, appointed by the Provisional Committee of Palestine Jews established after World War I.

Within five days, the committee asserted that the Kosel reaches the Sha’ar Ha’ashpos in the south, which includes the area where attempts are currently being made to establish an egalitarian section.

Ariel Grinbaum of the LIBA Center founded to strengthen the Jewish identity of Israel said, “The Reform attempt to invent a new and detached wall that can be taken over suffered another blow, with the disclosure of the committee’s decision from 100 years ago, reinforcing the clear and correct position that the holy Wall spans the entire length.”