New York Times readers have reason to wonder how Jerusalem Bureau Chief Jodi Rudoren, its primary Gaza war reporter, has gained access to the Palestinian civilians whose tragic plight she has so incessantly recorded. Ms. Rudoren has acknowledged that she cannot speak Arabic, which inevitably raises questions about her access to the sources she cites.

The answers are entwined in the identity of the Times’ primary Gaza journalist, who only recently shared a by-line. Until then he was invariably described as having “contributed reporting” from Gaza. He is Fares Akram, described by Rudoren as “brave, committed, talented . . . indefatigable.” He may be all of these, but there is more to his story, and to Times coverage, than that. Indeed, living in north Gaza City, Akram’s life among Gazans, within the framework of his own family history in Gaza, have decisively molded – and distorted – Times coverage.

Akram is the grandson of Fares al-Ghoul, a Palestinian refugee from Ashkelon in 1948, whose son Akrem (Fares’s father), became a lawyer and judge employed by the Palestinian Authority. Fares Akram’s 48-year-old father was killed on his farm near the northern Gaza border during an Israeli air strike at the beginning of the 2009 Gaza war, launched to destroy Hamas rocket sites that were firing missiles into Israel.

His father, Fares Akram wrote mournfully five years ago, “hated what Hamas was doing to Gaza’s legal system, introducing Islamist justice, and he completely opposed violence.” Had he lived, “he would have worked hard for a just settlement with Israel and a better future for Palestinians.” But as “a grieving son,” Fares wrote, “I am finding it hard to distinguish between what the Israelis call terrorists and the Israeli pilots and tank crews who are invading Gaza.” He asked: “What is the difference between the pilot who blew my father to pieces and the militant who fires a small rocket?” The difference was – and remains – that Hamas launched war against Israel. The distinction between attacker and responder still eludes Fares Akram.

His own political identity was expressed, and likely deepened, by his work as a research consultant, which began in 2007, with Human Rights Watch. He contributed to its sharp indictments of Israel for alleged war crimes during the Gaza war that resulted in his father’s death. His relationship with the organization continues. But Human Rights Watch is hardly a neutral observer or reporter. Financially sustained by the George Soros Open Society Foundation (Soros gained notoriety a decade ago for blaming anti-Semitism on Israel and the United States), it was sharply criticized for its delegitimization of Israel during Operation Cast Lead. Then as now, Israel was pilloried for retaliating against Hamas attacks from behind civilian shields.

The Times is not Akram’s only journalistic employer; he also reports for Al Jazeera. As Richard Behar wrote in his comprehensive Forbes article on “The Media Intifada” against Israel (August 21), Akram’s recent writings “show a stark blood-soaked landscape of burned Palestinian corpses and suffering Palestinian civilians – with not a single Hamas fighter to be found.” Reporting the devastation in Shujayea, with its intricate web of Hamas tunnels and underground command centers, Akram refrained from assigning any responsibility to the Gaza terrorists who instigated and perpetuate the current carnage from their concealed hiding places.

The problem, Akram revealed in a Times interview (August 6), is that “the story of Gaza is my story too.” He believes that he can set aside his own feelings “when necessary to maintain my fairness and rigor as a reporter.” But he acknowledges that “because of security concerns,” Hamas officials have “disappeared,” remaining unavailable “to respond to questions about whether their tactics are appropriate, effective or enjoy popular support.” Furthermore, Hamas militants “are Israel’s declared targets, so trying to get close to them endangers us.” To stay alive, he must keep his distance, focused exclusively on the plight of Gaza civilians amid Israeli responses to Hamas aggression. That is the only narrative its leaders permit.

The Times evidently believes that “all the news that’s fit to print” about Gaza can be provided by a partisan Gazan stringer who is handcuffed by Hamas. Akram’s tendentious lamentations should encourage reconsideration of its heavy reliance upon his reporting. It is otherwise impossible to understand why the death toll among Gazans (now just over 2000, including many hundreds of Hamas fighters) is endlessly reiterated in the Times while the mounting civilian death toll in Syria, approaching 200,000, is virtually ignored.

Postscript: On August 23, one week after the Times published a front-page interview with a Holocaust hero who now lacerates Israel for its racism at home and war crimes in Gaza, it printed a half-page ad signed by scores of Holocaust survivors and descendants. Expressing alarm at “the extreme, racist dehumanization of Palestinians in Israeli society” and “the ongoing genocide of Palestinian people” in Gaza, they advocated “the full economic, cultural and academic boycott of Israel.”

In a twist of historical irony to which they were evidently oblivious the signers selected the most appropriate forum for their appalling anti-Zionist jeremiad. Had The New York Times not buried the Holocaust in its inner pages, whenever it even deigned to notice the Nazi slaughter of six million Jews, many victims whose memory these morally obtuse relatives claim to honor might have found safe refuge in the nascent State of Israel that their misguided descendants now calumny so viciously.

Scanning the names of signers I felt a stab of shame by association to discover an Auerbach among them. Thankfully, there is no known family connection with this betrayer of his people and desecrator of our shared family name.

Jerold S. Auerbach is the author, most recently, of Jewish State Pariah Nation: Israel and the Dilemmas of Legitimacy. 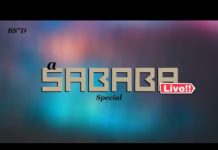