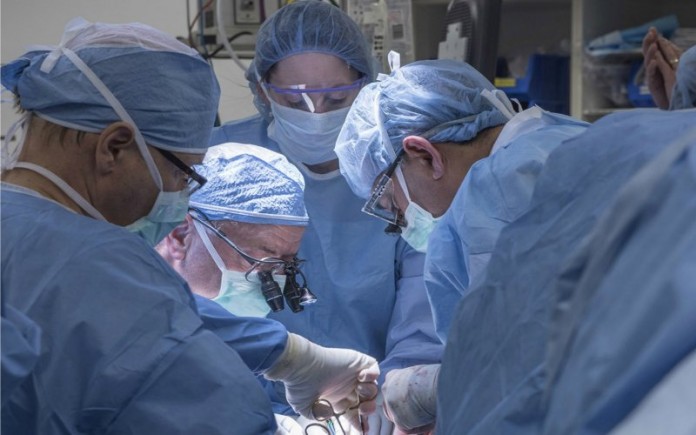 Ezer Mizion, the largest Jewish registry in the world, recently celebrated a major milestone, passing the 3,000 mark of transplants, Matzav.com has learned.

That’s three thousand patients whose lives were saved. Three thousand families who remained whole.  Three thousand grandmas and grandpas, Mommies and Daddies and so many tiny, frightened children traveled in one fateful moment from agony to joy, fueled by the electrifying words: We have a genetic match.

Currently there are close to a million registrants on the database. Prior to the birth of Ezer Mizion, the chances of a Jewish person finding a match were approximately 8%. Now 76% of the requests are returned with a positive response.

Success stories abound. Let’s peak into the home of the Schneider family. The family consists of two parents and their sons, B., O. and P.. When the boys were small, they learned all about ‘taking turns’. Each would wait patiently, or not so patiently, till it was his turn to accompany Abba for the weekly shopping trip. Now as adults, they seem to be also taking turns. The story began three years ago with B., then only nineteen years old, who received an asap call from Ezer Mizion’s Bone Marrow Registry. He had been found to be a genetic match for a woman with leukemia. Her only chance to survive was a transplant. If a genetic match could be found, her life could be saved. If not, … B. was that match. There was no doubt in his mind that he would do it but he needed moral support and his brother, O., three years his senior, offered to accompany him to the hospital. The stem cell transplant was a success and B. was walking on cloud nine. He had done what many people daydream about: he had saved a life.

Three years later, it was O.’s phone that rang. “It wasn’t the kind of phone call you get every day,” he said. He could hardly believe it. It is not uncommon to have two siblings be a match for a patient. In this case, P. was also a match. But O. recalled their childhood conflicts and played the seniority card. It worked and now it was B.’s turn to accompany his brother, O., to the hospital. Meanwhile, P., the middle brother, waits for his turn. Just like when he was a little boy, he is sure that it will come. He looks forward to joining the three thousand others, including his two brothers, who have saved a life…who have saved a world.