“Given Jonathan’s deteriorating health they may consider clemency,” Korb said in remarks that contradicted reports that Pollard’s release was were baseless. “There is a chance.”

Korb also rejected that US President Barack Obama’s silence on an emergency plea for Pollard’s release from Israeli President Shimon Peres on humanitarian grounds was a definite “no” on clemency for Pollard.

“Obama didn’t respond to a letter sent by Prime Minister Netanyahu over a year ago, either, to my knowledge,” Korb said. “He may be waiting for the right time.”

Korb added: “I think maybe they were planning to [release Pollard] in June – at least I hope so – but in light of Jonathan’s deteriorating health, maybe they will do it early.”

Obama is expected to award the Medal of Freedom to Peres in June. At that time Peres is expected to deliver a letter from 80 Israeli lawmakers asking for Pollard’s release.

“I think it’s important, because if he is released right now he will not have to go back to prison, and he could receive proper healthcare at a civilian hospital,” Korb said. “Treatment beyond prison walls is much better in of itself . If it is released now he can be reunited with his wife, and I think it will help him heal faster. ”

“There is no doubt he should be freed,” Korb said. “Even if he was healthy, he has served 27 years for a crime most people receive much shorter sentences for – providing information to a friendly country.”

“I’m optimistic,” Korb said. “I am optimistic by nature. And as Winston Churchill said of the United States, we always sought to right our mistakes.”

Pollard was hospitalized Friday before Passover began at a medical facility for prisoners after reporting severe pain.

Pollard, a civilian intelligence analyst for the US Navy, was arrested in 1985 and has been serving a life sentence since 1987 for one count of conspiracy to deliver national security information to a foreign government.

Pollard told Wolf Blitzer that year that he provided Israel with satellite photography of Palestine Liberation Organization (PLO) headquarters in Tunisia, specific capabilities of Libya’s air defenses, and “the pick of U.S. intelligence about Arab and Islamic conventional and unconventional military activity.”

Others convicted of the same crime, including those who pass intelligence data to hostile nations, have been given average sentences of 7 years or less in prison.

Israel granted Pollard citizenship in 1995, but denies he was an Israeli agent. In 1998, Israeli officials said Pollard had worked for an “unauthorized rogue operation.”

The disparity of Pollard’s sentence with those of others convicted of the same crime has turned his lengthy incarceration into an issue for American Jewry.

Jewish and Israeli leaders have been joined by numerous US officials and lawmakers in calling for Pollard’s release. 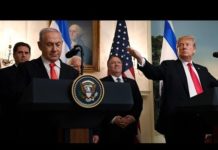 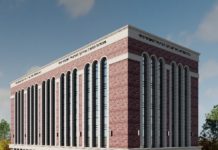