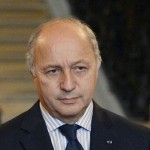 French Foreign Minister Laurent Fabius, attempting to quell international drama over the telecom giant Orange’s decision to end its license deal in Israel, said France “firmly opposes” any boycott of the Jewish state. But Fabius stopped short of calling on Orange, in which the French government owns a 25-percent stake, to reverse its decision.

“While it is up to the president of the Orange Group to define the commercial strategy of its company, France is firmly opposed to any boycott of Israel,” Fabius said in a statement.

“Moreover, the position of France and the European Union on settlements is consistent and widely known,” he said.

Orange CEO Stephane Richard, meanwhile, reiterated his company’s claim that its decision on Israel is not politically motivated.

“We love Israel. This has absolutely nothing to do with the kind of political debate in which I don’t want to be,” Richard told Yediot Achronot on Friday.