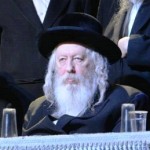 The Gerer Rebbe has called for his Chassidim to cancel all travel plans to Poland this summer. Because of an immense lack of modesty prevalent during the summer, the Rebbe said that traveling to Poland should not be an option.

Following the directive of the Rebbe, Chassidim who had made plans cancelled them, even cancelling hotel reservations and taking financial losses as a result, in deference to the esteemed Rebbe.

Among those who canceled trips was Bnei Brak Mayor Chanoch Ziebart.

Gerer Chassidim have often traveled to Poland to daven at the kevorim of the great admorim of Gur, the Sefas Emes and the Chiddushei Harim, and to visit the Gerer Bais Medrash there and the other gedolei olam buried in the country.

The Gerer rebbe first traveled there in 1985, and since then was involved in the renovation of the kevorim there.