This is the tremendous undertaking that Rav Sholom Ber Sorotzkin, Rosh Yeshiva of Ateres Shlomo, took upon himself for the very survival of his mighty Yeshiva.

Yeshivas Ateres Shlomo is no mere Yeshiva. It is an empire of Limud HaTorah that has under its wings multiple cheders, Yeshiva Gedolas and Kollels throughout the entire country. Altogether, over 6,000 bnei Torah are devoting their lives to studying Torah, supported by this exceptional Yeshiva.

Ten million dollars. That’s the amount needed to pull these bnei Torah out of debt and get the Yeshiva back on its feet. The amount that will bring relief to those who are holding the world up by easing their financial struggles.

Ten million dollars is an astronomical amount. But when it comes to Limud HaTorah, the very lifesource of Klal Yisroel, there is no shortage of generous Jews willing to offer a hand.

Already half of the amount – five million dollars – has been offered by a few big philanthropists who know the value of Torah. There was one stipulation. The effort to support Torah must include the whole of Klal Yisroel, not just a handful of contributors. To that end, all the donations were given on condition – half the money will come from a handful of donors but the other half must come from the efforts of Klal Yisrael, with every supporter of Torah giving what he is able.

To raise that amount, the Rosh Yeshiva, Rav Shalom Ber Sorotzkin consulted with Gedolei Hatorah and together they created a massive campaign to mobilize the entire Jewish people. The fundraiser, which will take place next week Tuesday and Wednesday, will be a 35 hour opportunity to participate in the great mitzva of reinforcing Torah and supporting talmidei chochamim who learn it.

Ten million dollars in 35 hours. A difficult feat. But Klal Yisrael is up to the task.

To inaugurate the campaign, an opening ceremony was held at the residence of the Nasi Hayeshiva, Maran Sar HaTorah, Rav Chaim Kanievsky, where the Roshei Yeshiva, the Roshe Kollelim and the generous benefactors came together for an official launch.

At the asifa, the Rosh Yeshiva, Harav Shalom Ber Sorotskin, noted the urgency of the campaign, which, according to Rav Chaim, is the saving of the entire Torah world. Rav Shalom Ber also described the great task of managing Yeshivas Ateres Shlomo, a duty which Rav Sholom Ber directs all of his hours and devotes unlimited energy to.

The Ramim of the yeshiva, Rav Chaim Feinstein and Rav Chaim Mordechai Ozbend,  addressed the importance of supporting limud Hatorah and the magnitude of the reward in this World and the Next, where benefactor and recipient become true partners in the Torah!

Later, an extraordinary letter that was written by the Maran Sar HaTorah in his own handwriting was read aloud.

“With regard to the fund to save the yeshivas and institutions of Ateret Shlomo, it is well known that it is one of the largest institutions in the world of Torah and saving THIS Yeshiva is tantamount to saving the entire olam haTorah.

In his letter, Maran states that participation in the campaign is a “tremendous and rare mitzvah” and an opportunity like this does not arise every day.

The climax of the letter was Maran’s brocha. A tremor passed through the audience as Maran’s unique and special brocha was read:

“All those who participate in the campaign will be zoche to tremendous Yeshuos and all the participants tefillos will be answered in wondrous ways, with children who are talmidei chachamim and ovdei Hashem, and Hatzlocha and Parnassah.”

They then all signed their names on to the extraordinary letter of Maran Sar haTorah to stand behind Rav Chaim’s remarkable words. They also added words of their own – stressing that every person take it on themselves as a duty to do all they can for the success of this campaign to save thousands of lomdei Torah. 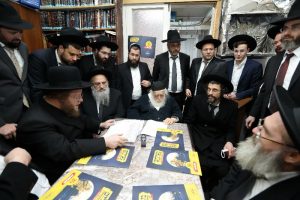 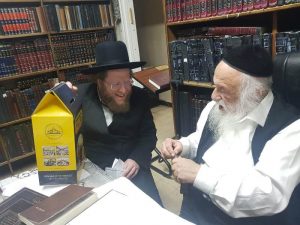 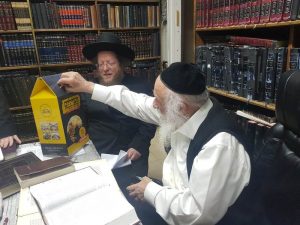 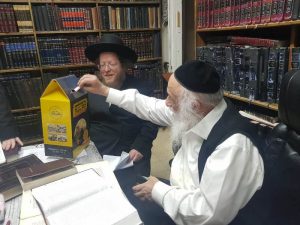 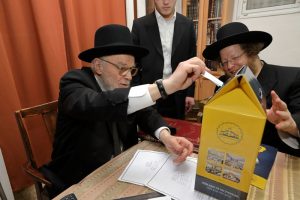 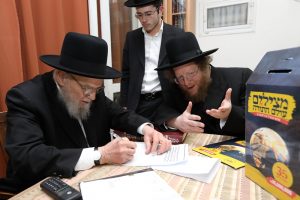 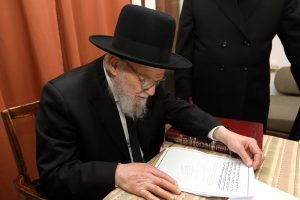 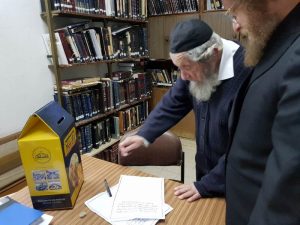 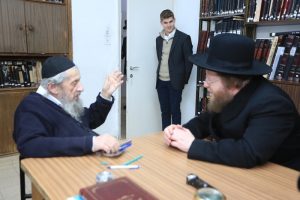 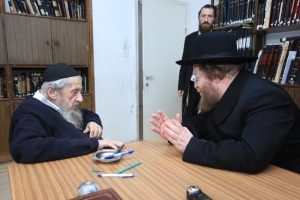 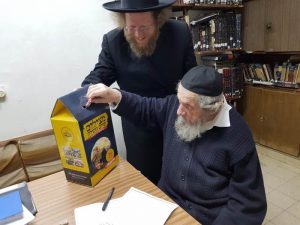 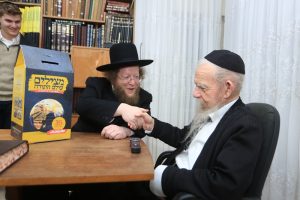 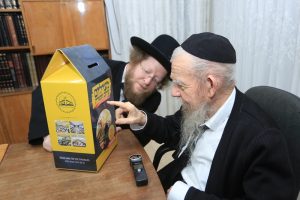 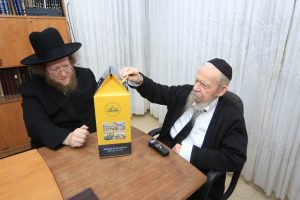 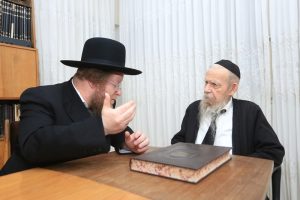 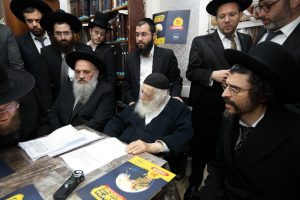 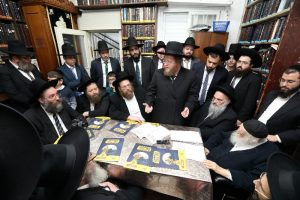 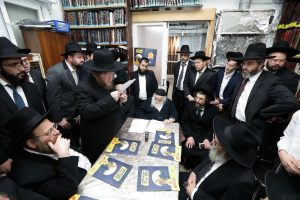 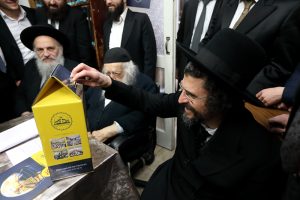 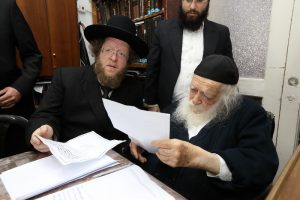 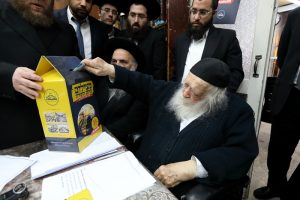 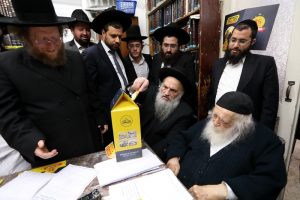 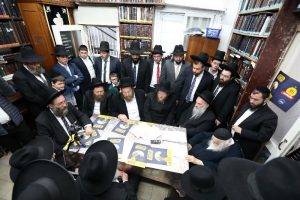 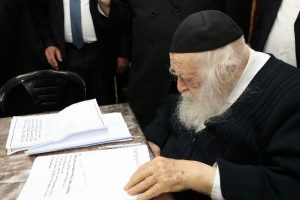