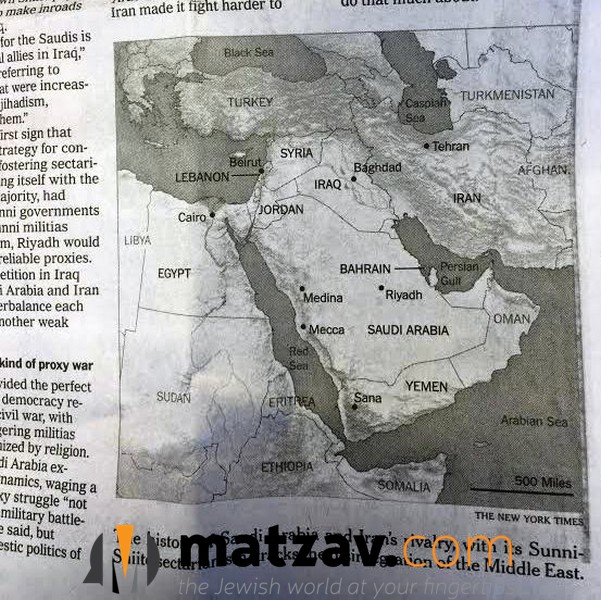 Assemblyman Dov Hikind (D-Brooklyn) blasted The New York Times today following an article published on pg. 7 in Sunday’s edition on the Iranian-Saudi conflict, how it tore apart the Middle East and the power struggle between many of its countries. The article entitled, “How the Iranian-Saudi Proxy Conflict Tore The Mideast Apart,” included a map of the Middle East that left out one country: Israel.

Hikind continued: “How can one of the most decorated publications in the world fail to even acknowledge Israel’s existence on a map? How dare you call yourselves the newspaper of record!”

Assemblyman Hikind demanded that The New York Times publicly acknowledge this error and apologize for it.

“It’s evident that The New York Times is pushing a bias, slanted view against Israel, and it needs to stop,” Hikind said. Leaving Israel off the map of the Middle East is exactly part of the problem with mass media and its attempt to continue pushing a liberal, progressive agenda. At what point do we draw the line?”

YOU CAN’T MAKE THIS UP: Fauci Pushes for New Round of State Shutdowns