Salaita’s job offer from the University of Illinois was retracted after he posted numerous hate-filled Tweets about the Jews who live in the State of Israel. One of Salaita’s most offensive and dangerous posts was written in June, soon after three Israeli teens were kidnapped and later found murdered. He wrote: “You may be too refined to say it, but I’m not: I wish all the f***ing West Bank settlers would go missing.”

“Yesterday, innocent people were attacked with axes and guns while they stood in synagogue with their heads bowed in prayer,” said Hikind. “These men were not settlers-they were rabbis and teachers living in Jerusalem. The Jews attacked in France and Belgium aren’t so-called settlers either. But they are targeted because hatred against the Jewish people is spreading further and further.

“Inciting people to hate, inciting them to hurt others, that is hardly what our Constitutional framers had in mind when they guaranteed the right of free speech.

“Steven Salaita is a hater. The University of Illinois recognized this and didn’t allow him to teach their students because of his behavior. Clearly they didn’t want a hater spewing poison on their campus. We can only hope that Brooklyn College will exercise such good judgment.”

Salatia is scheduled to join Political Science Chair Corey Robin in a “conversation” about academic freedom and what they term “the constant push by Zionists to silence academic discourse on the Palestinian struggle and criticisms of Israel.” However Assemblyman Hikind noted that Corey Robin has hardly allowed a balanced approach to any academic considerations of the Israeli-Palestinian conflict in his department. “Just look at who the Political Science Department invites to speak to Brooklyn College students year after year. The pattern-and Robin’s personal agenda-are very clear.” 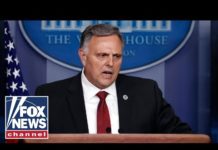 Watch: DHS Research Shows COVID-19 Is Vulnerable To These Conditions 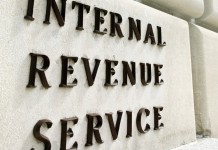