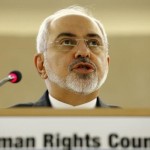 The time of wailing and rejoicing has passed, for now. The Iran deal has been announced and, if the votes come through,IAEA monitors will set up shop in Iran to ensure Tehran has relinquished its efforts to build a nuclear bomb. The fact that the Obama administration, its partners, and others have such confidence in the inspections process is why there’s a deal at all. The technology for enforcement has advanced considerably over the last decade, but cheats are just a few hacks away.

“Better technology really has helped the inspection process,” said David Kay, a former United Nations chief weapons inspector who ran the Iraq Survey Group, the inspections body that unveiled serious flaws in the intelligence that led to the 2003 invasion of Iraq. “In the old days, inspectors had to put paper seals” onto containers or facilities that were off limits or undergoing investigation, Kay said “You had to go physically look [at them] to see if they had been broken. New seals can digitally transmit in real time back to Vienna. In the old days, digital cameras recorded either to a disk, or, the more modern ones, to [memory] cards. But you had to go pull out the cards and physically send them.” Now, he says, live camera feeds at a wide variety of inspection sites can “lessen the inspection burden tremendously and raise your confidence” as an inspector.

Portable sensing devices have advanced well beyond that old Geiger counter your high school physics teacher gave you on lab day. Mass spectronomy equipment, which measures the mass-to-charge ratio of gaseous ions, can track not only radiation levels but the types of particles in the air or on surfaces. They’ve gotten much smaller and more capable in the last decade. “Say you do an environmental swipe, a sampling of a wall, and you want to know what you’ve detected,” said Kay. “A mass spec will very quickly tell you whether it’s iron, cadmium, lead, or uranium or plutonium, and what is the isotopic composition. Is it an uranium isotope that you have to worry about? Is it one that will fission? Or is it one that’s a by-product of enrichment separation?”

Beyond mass spectrometers, IAEA inspectors have a variety of portable devices such as multi-channel analyzers, which, unlike low-tech radiation detectors, “can be used to search for and locate an unknown source of radiation, determine the relative dose rate, and isotopically identify the source,” according tothis IAEA document. Inspectors also have alloy detectors to discover if objects have come into contact with various materials.

Despite the new gear, monitoring Iran’s nuclear activity will be incredibly challenging, Kay said. For one thing, the agreement allows Iran scientists to continue some nuclear research — just not bomb-building. The Iranians will be allowed to keep several centrifuges and uranium hexafluoride. The Arak heavy-water reactor will be modified to reduce plutonium enrichment but will still have fuel cores.

All this radioactive residue will make it far more difficult to figure out what’s new and what’s old. “They enriched uranium to a high level. Well, environmental sampling from now for eons will detect that,” Kay said. “The Iranians have an easy out, having acknowledged that they did it in the past. They can say, ‘That’s from the old program’…It’s one thing inspecting in a place like Iraq after the first Gulf War where everything was prohibited. The background was supposed to be null.”

Even the promise of real-time camera feed monitoring will likely become a matter of dispute and argument. “Modern equipment has outages. The Internet goes down,” Kay said. “Every time an anomaly occurs, it will require another inspection effort to verify it was a genuine anomaly and not an intentional one.” Inspectors, in short, will be asked to look for signs of nuclear activity in a place where the signatures of such activity abound.

Moreover, they’ll be working under the gaze of Iranian internal security. The regime’s cyber espionage forces, which include the Iranian Ministry of Intelligence and Security and the Iran Revolutionary Guard Corps Cyber Defense Command, have shut down popular uprising attempts for years through domestic counterintelligence efforts that rival China’s. A few inspectors calling home on BlackBerry phones won’t pose an intelligence-gathering challenge.

Kay said any inspector working in Iran should assume constant phone and email hacking attempts. “You can’t believe how hard it is on inspectors when you know every conversation is going to be overheard, that there’s probably video monitoring in your hotel room,” he said. “The sense of privacy disappears. For the IAEA, maintaining the integrity of the inspection process is going to be a constant concern.” It will be a concern that will last for years.

Finally, the challenge of building a nuclear weapon has evolved from the days of Los Alamos. A lot of equipment that engineers might use to build conventional arms can also be used in nuclear weapons research. This presents a variety of cheating opportunities, says Kay.

“If I had to place a bet on the first violation, it would be in the procurement of potentially nuclear-related —in other words, dual-use equipment. The Iranians have the best clandestine procurement at work that I’ve ever seen … With dual-use equipment, you’re often able to gin up a permitted use,” he said. “It’s going to be very hard for inspectors to determine whether they are inside or outside the agreement.”

For instance, some machine tools used to produce centrifuges are “perfectly usable” in various conventional-weapons programs: “making your missiles fly better, straighter, producing with numerically controlled machine tools, all sorts of stuff like that,” he said.

Computer equipment and software is also dual-use. Simulation and modeling, for instance, allows nuclear research in a virtual environment away from the sniffers and sensors. “You’re talking about computers, software programs, codes that allow you to calculate how neutrons interact with other materials,” he said. “Some of it might be related to a nuclear weapons device, some might be related to a nuclear physics program,” he says. That presents an incredible challenge to inspectors, Kay said. “You can’t sit full-time and watch ones and zeros run across a screen and try to figure out what a code is doing. So much of modern physics is simulation.”

Does all this make it certain that Iran will cheat? Is the deal rotten to the core? Not at all, says Kay. He calls the deal “workable.” It can succeed, he says, but only on one condition: that political powers in the United States support the inspectors when they try to ring alarm bells. “From an inspector’s point of view, the worst thing that can happen is that you find stuff that is suspicious and your political masters simply aren’t prepared to take the difficult steps to resolve it.”