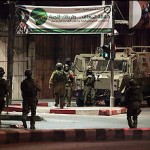 The IDF is preparing for a possible significant offensive in Gaza, a year and a half after Operation Pillar of Defense. Armored Corps brigades have been instructed to prepare for the possibility of being transferred to the Gaza Division, while the Air Force has deployed additional Iron Dome batteries.

More than 40 rockets were fired from the Gaza Strip at Israel since the beginning of Operation Brother’s Keeper to find three the Israeli teenagers who were abducted some two weeks ago, Yedito reports.  24 of them fell inside Israel, out of which 11 were fired over the weekend. The Iron Dome missile defense system intercepted seven of the rockets.

The IDF believes the success of the Hamas terror cell in Chevron in heating up the Strip as well, encouraging rouge terror groups to open a second front against Israel.