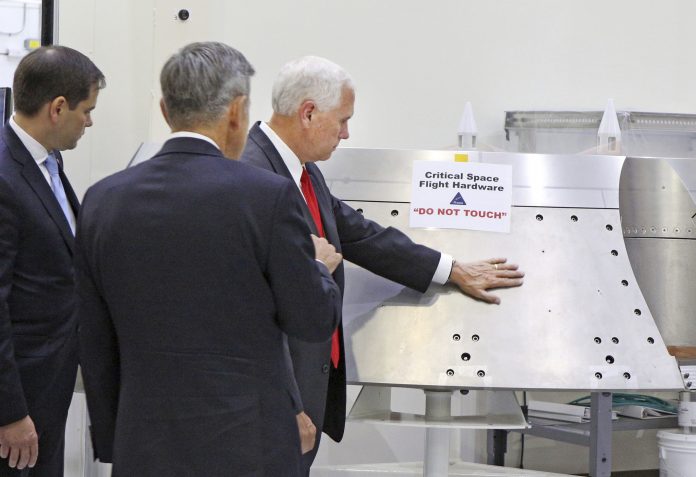 It was the sort of photo that was just begging to be hilariously captioned, mocked on Twitter and photoshopped.

During a visit to NASA’s Kennedy Space Center in Florida on Thursday, Vice President Mike Pence solemnly reached out and touched the Orion spacecraft’s titanium forward bay cover, placing his full palm just below a sign that read: “Critical Space Flight Hardware ‘DO NOT TOUCH.’ ”

Mike Brown, a photographer for Reuters, captured the moment and his photo was soon devoured by the Internet – eventually forcing NASA to release a statement saying that it was OK for Pence to touch the space hardware and prompting the vice president to post a self-deprecating response Friday afternoon.

The tweets and photoshopped pictures started slowly Thursday night and became a full-blown meme by midday Friday. Several people compared the photo to one of Trump touching a glowing orb during his visit to Saudi Arabia, and an iOS developer noted that three bolts below Pence’s hand formed “an appalled face.” And thanks to Photoshop, Pence was suddenly spotted in an Indiana Jones scene and stroking the belly of a reptile and next to a sunbathing New Jersey Gov. Chris Christie (R) and touching MC Hammer as the Hammer sang “U Can’t Touch This.” The popular Twitter personality @nycsouthpaw jumped in to note: “In Pence’s defense, ‘DO NOT TOUCH’ is in quotes.”

And several people tied the photo to reports that Pence calls his wife “mother” and that he never dines alone with women. Early Friday morning, writer and Twitter personality Shauna Wright tweeted the photo with this thought: “Suddenly I understand why he won’t have dinner with a woman who isn’t his wife.” Hours later, author Jason Miller of Nashville tweeted this caption: “Pence looked left. Then right. Mother wasn’t anywhere around. He smiled to himself. He would touch.”

Friday afternoon, Pence got in on the joke and joined the Internet mocking. He tweeted a blurred version of the photo that highlighted Sen. Marco Rubio, R-Fla., and circled the senator’s face, along with this message: “Sorry @NASA . . .@MarcoRubio dared me to do it!” He then followed up with a photoshopped picture showing him petting a porcupine with the caption: “Okay . . . so this isn’t exactly the first time this has happened.”

NASA then reassured the vice president that he did nothing wrong, tweeting: “It was OK to touch the surface. Those are just day-to-day reminder signs. We were going to clean it anyway. It was an honor to host you!” The space agency then followed up with a full statement. And Rubio got in on the Twittered laugh-fest by adding: “In fairness, I warned @VP that ‘you break it, you own it.'” 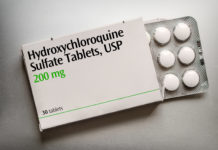