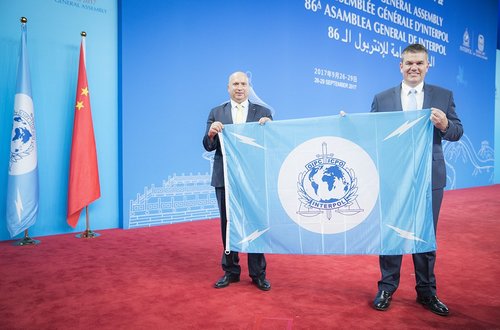 The international police organization Interpol voted on Wednesday in favor of granting the “State of Palestine” full membership, in a diplomatic defeat for Israel.

At the group’s annual General Assembly that convened this year in Beijing, the Palestinian membership bid was approved with 75 countries voting in favor, 24 voting against and 34 abstaining.

Israel had campaigned against the move, arguing the Palestinian Authority’s (PA) support for terrorism would undermine Interpol’s efforts. The US also opposed Palestinian membership in Interpol and assisted Israel with challenging Ramallah’s bid.

“The State of Palestine considers this membership and the responsibilities that it entails as an integral part of its responsibility towards the Palestinian people and a moral commitment to the citizens of the world,” he said.

With the additions of the Palestinians and the Solomon Islands, France-based Interpol now has 192 member states. It is the second-largest international organization after the United Nations.