A senior Iranian military commander threatened that the country’s Lebanon based surrogate Hezbollah was prepared to open a second front of rocket fire against Israel as negotiators worked to bring quiet to the Jewish state’s southern border after more than a month of fighting with Gaza based terror group Hamas.

Lieutenant Commander General Hossein Salami of Iran’s Revolutionary Guard Corps’ claimed on Saturday that Hezbollah is prepared to “storm the Zionist regime by its high-precision missiles.”

“Today, all the residents in the occupied territories feel insecure and the security of the occupied territories is in an equation that on one side the powerful Hezbollah exists which is ready to storm the occupied territories and everyone knows the destruction power and preciseness of its weapons, and the other variable in this equation is the Palestinian resistance which has destroyed 11 tanks of the regime and damaged 48 others using good tactics, techniques, technologies, missiles, rockets and new weapons,” Salami said in a live interview with Iran’s state-run TV, according to semi-official state news agency Fars.

Salami also criticized more moderate Arab states for allegedly opposing the “Palestinian resistance.” He claimed that Egypt, Saudi Arabia and Jordan are three Middle Eastern allies of the U.S. who regulate their own policies based on U.S. and Israeli policies, according to Fars.

The general also claimed that that the U.S. has attempted to replace the “Zionist threat” in the region by highlighting the threat posed by Iran.

Despite the forthright rhetoric, it is widely believed that Hezbollah is far too heavily engaged in its battle on behalf of Syrian strongman Assad against rebels to instigate a foe as formidable as Israel. 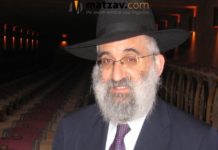 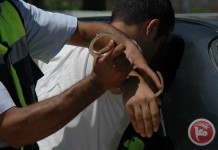