Citing “highly reliable information,” Steinitz said, “these kinds of tests can have no ‘dual use’ explanation, since the only possible purpose of such internal neutron sources is to ignite the nuclear chain reaction in nuclear weapons,” the Jerusalem Post reported.

In November 2013, the U.S. and the other P5+1 powers reached a six-month interim deal with Iran on its nuclear program. In July, those countries and Iran agreed to extend the Iran nuclear talks to Nov. 24, 2014.

On Thursday, Iranian President Hassan Rouhani is scheduled to address the U.N. General Assembly. U.S. President Barack Obama addressed the assembly on Wednesday, saying that America “is pursuing a diplomatic resolution to the Iranian nuclear issue, as part of our commitment to stop the spread of nuclear weapons and pursue the peace and security of a world without them.”

“This can only happen if Iran takes this historic opportunity. My message to Iran’s leaders and people is simple: do not let this opportunity pass. We can reach a solution that meets your energy needs while assuring the world that your program is peaceful,” Obama said.

Obama added that America “will not base our entire foreign policy on reacting to terrorism,” but on “a focused campaign against al-Qaeda and its associated forces.” 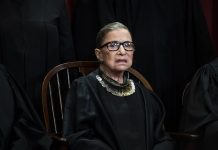 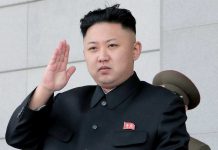 Kim Jong Un Appears To Be Alive After All – So How Did His ‘Death’ Make The News?