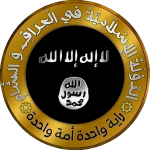 An Israeli Arab man was sentenced to 22-months in prison for illegally entering Syria and fighting for the Islamic State terror group.

The indictment against Shurbaji, first presented in May by Haifa District Attorney Meital Chen, said Shurbaji and three of his friends decided to leave Israel to join the Syrian rebels in their fight against Syrian President Bashar al-Assad’s forces in January 2014.

Shurbaji and his friends joined an armed rebel faction with connections to Islamic State and were then recruited by the group to participate in military training, which provided them with theoretical and practical knowledge in weapons and terrorist strategies.

Upon returning to Israel in April, Shurbaji was arrested by Israeli authorities at Ben-Gurion International Airport. While in Syria, he took part in several battles, participated in military tours, and was posted at checkpoints under Islamic State control. He is one of at least 10 Israeli Arabs that Israel’s Shin Bet security agency believes have joined Islamic State.