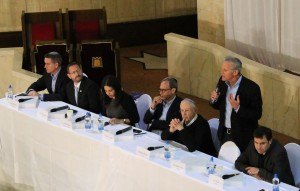 One of the last political debates three days before Israel’s general elections on Tuesday, March 17th, took place at the Jerusalem Great Synagogue tonight, Motzoei Shabbos, March 14. Aimed at the English-speaking community of Jerusalem, the very last English debate was hosted by the Jerusalem Post and the Association of Americans & Canadians in Israel (AACI).

An estimated 170,000 English speakers live in Israel and the candidates for Israel’s 20th Knesset have spent this election campaign reaching out to the community, many of whom include veterans and newcomers, which make up around 2.9 percent of the electorate eligible to vote.

While the candidates covered a number of topics including death sentences for terrorists, lowering housing prices, Israel-U.S. relations, and Iran – with a number of heated exchanges and disagreements – they also showed camaraderie by helping each other find the right words to express opinions in non-native English.

“I think it’s great that we are seeing a lot more of these debates in English this election season,” said Emmanuel Miller, 27, who moved to Israel from London nine years ago. “It’s very positive – for too long, Anglo voters have been disregarded,” Miller told Tazpit News Agency.

“A few thousand votes one way or another can help swing the coalition in wildly different directions and it’s good to see that all the major parties are reaching out to English speakers,” Miller added.

The 120 seats of the Knesset, the unicameral legislative branch of the Israeli government, are assigned in proportion to each of the party’s percentage of the total national vote. In this year’s election, the minimum threshold for a party to be represented in the Knesset is 3.25% or four Knesset seats.

In the past three months of election campaigning, Israeli politicians have held parlor meetings for English speakers, handed out English-speaking campaign material and even released the first election video in English aimed at olim (immigrants) from Western countries. 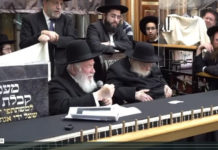 Judge Rules on Parking Ticket Given on Shabbos 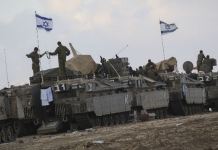 Leave a Reply to Not Again! Cancel reply