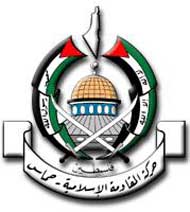 Israelis mocked a new Hamas propaganda music video that appeared on the Facebook page of the Hamas-affiliated Shehab News Agency on Tuesday meant to scare the country’s citizens away from joining the Israeli Army and confronting the terror group.

The soundtrack in the clip, which is sung to the tune of “Be A Man” by popular Israeli singer Zohar Argov, quickly went viral in the Jewish state.

The video sought to demoralize Israelis and discourage them from joining the ranks of the IDF through highlighting the benefits that a non-military life has to offer, like clubbing and partying. It features an Israeli who wants to be a soldier, but instead enjoys various luxuries of the civilian high-life including a flashy car and a house in Savyon, one of Israel’s most affluent neighborhoods.

The video has attracted almost 120,000 views so far, many of them from Israeli web surfers who took a humorous and nonchalant approach to what they termed a “great Zohar Argov cover song.”

“Hamas puts out the anthem of the summer,” said one. Another commented that Hamas was “continuing the grand tradition” of soldiers making complaint songs about their army service, “so they deserve some applause.”

One Israeli, Ehud Grand, called the video, “a great production,” and added, with a smiley face emoji, that since Hamas was “getting better” at producing music videos, “we should send you guys to Eurovision.”

Another Israeli commenter referenced an earlier Hebrew Hamas propaganda video that, ironically, became a hit in Israel. “We laughed, we had a good time,” said Ofer Sivan, “but, ‘Go Carry Out Terrorist Operations‘ was better.”

Many of the Israeli viewers also noted the improved accuracy of the video over previous Hamas Hebrew productions, saying that it displayed a better familiarity with Israeli culture, superior Hebrew, and more easily understandable references, Israel’s Channel 2 reported.