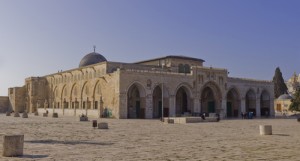 The Conference of Presidents of Major American Jewish Organizations, an umbrella body representing 53 national Jewish groups, is urging the Obama administration “to demand that Palestinian officials act decisively” to curb the current wave of Palestinian terrorism against Israelis, arguing further that a failure by the Palestinian Authority (PA) to stem the violence “should bring a cut in funding” from the United States.

“The leadership of the Palestinian Authority, and in particular, President [Mahmoud] Abbas, must be held to account for their direct and indirect roles in inciting the populace, especially the frequent references to Al-Aqsa being ‘under siege,’ when they know that not to be the case,” said Stephen Greenberg, chairman, and Malcolm Hoenlein, executive vice chairman/CEO, of the Conference of Presidents. “In fact, Israel restricts Jewish worshippers while allowing far greater freedom to Palestinians to pray at this holy site….Urging Palestinians to rise up to protect the Al-Aqsa Mosque leads to the inevitable consequence of confrontation and violence.”

Greenberg and Hoenlein continued, “We call on the United States government, which provides hundreds of millions of dollars of funding each year to the Palestinian Authority, to demand that Palestinian officials act decisively to curb the violence. We know that President Abbas can impact the ‘Palestinian street’ when he wants to. His failure to do so should bring a cut in funding and the isolation of Abbas until he takes concrete steps.”

The U.S. funds the PA to the tune of about $500 million annually.