Speaking on behalf of the Conference of Presidents of Major American Jewish Organizations, Stephen Greenberg, its Chairman and Malcolm Hoenlein, its Executive Vice Chairman/CEO, noted appreciatively that Trump “clearly and forcefully condemned all forms of anti-Semitism, calling out Holocaust denial, threats to Israel’s existence, anti-Semitic discourse and rhetoric and attacks on Jewish communities.”

Anti-Defamation League CEO Jonathan Greenblatt commented, “It deeply matters that President Trump used the power of his office to stand against anti-Semitism and hate and to honor the memory of the six million Jews and millions of others murdered in Europe.” Greenblatt encouraged Trump to “continue to use his bully pulpit to speak out against anti-Semitism, bigotry, and hatred in all forms. We urge the president and his administration to act to protect targeted communities against hate crime and discrimination.”

Similarly warm reactions to the speech came from the Republican Jewish Coalition, which praised Trump for “speaking from the heart,” and the American Jewish Committee, which highlighted the President’s “empathy with the Jewish people, and commitment to combat all forms of hatred and violence towards Jews.”

Not all reactions were positive, however. Bend the Arc Jewish Action, a progressive civil rights organization, argued that Trump’s speech “will not excuse his administration’s overt embrace of white supremacy and white nationalism…Americans and the Jewish community in particular are not fooled by Trump’s pleasant-sounding words.” The organization’s CEO, Stosh Cotler, authored an op-ed for the left-wing Alternet site earlier this week headlined, “The Stain of Antisemitism at the White House Isn’t Going Away.”

The Anne Frank Center, another progressive Jewish organization that has stoked allegations about antisemitism in the White House, awarded Trump a C- grade for his speech. 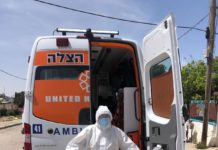 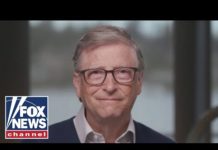