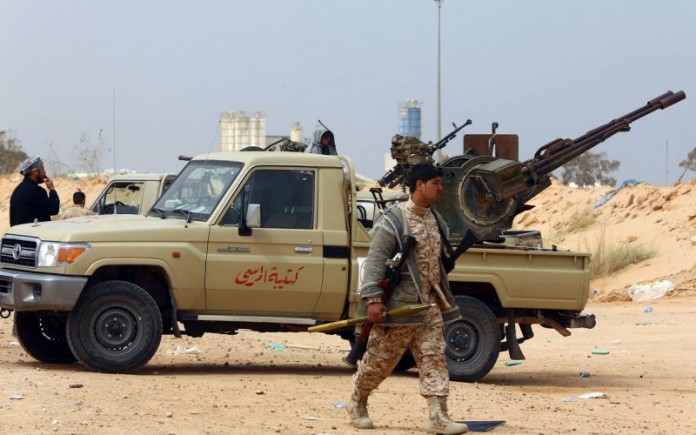 At the start of the uprising against Moamer Kadhafi in 2011, dozens of Libyans who lived abroad travelled home to take up arms alongside other Muslim extremists against the veteran strongman.

They were supplied weapons by Western countries and fought the regime as NATO warplanes provided them with air cover.

Post-Kadhadi Libya quickly turned into a breeding ground for heavily armed groups, including Islamists, some of whom were paid by transitional authorities to secure the country’s borders.

Among them was the Al-Qaeda-linked Ansar al-Sharia which wooed jihadists and slowly spread its presence from Libya’s second city Benghazi to Derna in the east.

Ansar al-Sharia was also present in Sirte, Kadhafi’s hometown which was the Islamic State group controlled for more than a year before they were routed by Libyan pro-government forces late last year.

The Islamists who fought Kadhafi controlled army barracks and installations in the east and south of the country after his demise and transformed them into training camps.

Hundreds of jihadists were trained to fight in Iraq and Syria, with many joining Al-Nusra Front, Al-Qaeda’s Syria affiliate now known as Fateh al-Sham, while others joined ranks with its rival the Islamic State group. Read more at France 24.