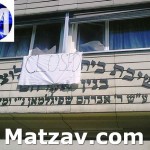 It is a sad day in the Torah world when a bastion of Torah, a renowned yeshiva, is forced to close its doors.

The Yeshiva of Lucerne, Switzerland, one of the most prominent mekomos haTorah of Western Europe, has closed its doors. Rav Michoel Mosbacher, mashgiach of the yeshiva, formally announced the closure of the yeshiva, explaining to talmidim of the yeshiva that the mosad has monetary debt of “over one million Swiss francs.”

Rav Mosbacher stated that the huge debts that have accumulated leave the hanhalah of the yeshiva no choice but to shutter the renowned yeshiva, which was headed upon its inception by the legendary Rav Moshe Soloveitchik zt”l and then by the famed Rav Yitzchok Dov Koppelman zt”l, under whose leadership the Lucerne Yeshiva flourished.

The yeshiva, formally known as Yeshiva Bais Yitzchok, has been located in Kriens, in Lucerne, for over sixty years, drawing thousands of talmidim over the years from all over the world.

Four years ago, upon Rav Koppelman’s petirah, he was replaced as rosh yeshiva by his son, Rav Moshe Koppelman, and the yeshiva continued to flourish, serving about 90 talmidim. However, the financial challenges facing the yeshiva continued to grow. With Yeshiva Bais Yitzchok unable to meet its financial obligations, the difficult decision was made to close its doors.

The decision to close the yeshiva was made over a year ago, but an emergency campaign was undertaken as a last ditch effort to save the mosad. Unfortunately, it was to no avail. 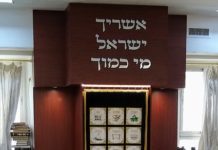 Haaretz Hatovah – Moving On and Up 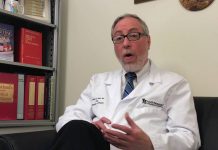