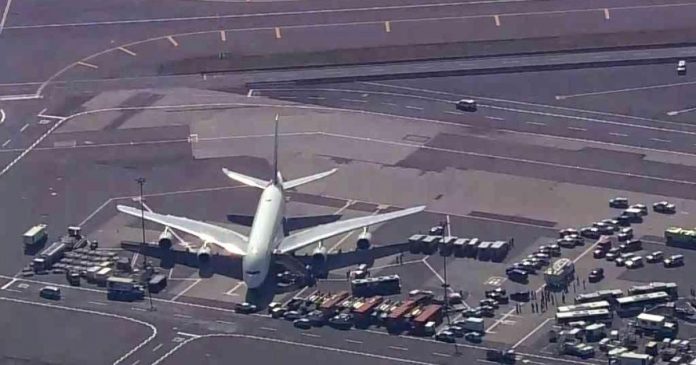 Seven Middle Eastern countries have stopped all commercial flights because of the spreading coronavirus (COVID-19).

The International Air Transport Association announced on Thursday that regional airlines have already lost more than $7 billion in revenue, and that 16,000 flights have been cancelled, reported the AP. There are 20,000 reported cases of the virus in the Middle East.

Those losses translate into potentially hundreds of thousands of people losing their jobs in the airline industry in the Middle East alone, the International Air Transport Association said.

The association called for emergency aid of up to $200 billion for airlines globally.

Israel’s national airline carrier El Al has laid off employees and has drastically cut its operations, eliminating its flights from 47 destinations to six. These include New York, Newark, Paris, London, Toronto and Johannesburg, the report said.

Meanwhile, deaths in Iran as a result of the virus jumped by 149 in the past 24 hours. The regime’s Supreme Leader Ayatollah Ali Khamenei is set to release 10,000 more prisoners, including some charged with political crimes, after previously releasing 85,000 to potentially lessen the spread among such compressed numbers of people.

Iran is the Middle Eastern country worst affected by the pandemic. The country has reported 18,407 confirmed cases of COVID-19 and 1,284 related deaths in the past month—the highest after Italy and China. Health Ministry spokesman Kianoush Jahanpour said that the virus was killing one person in the country every 10 minutes, while 50 new infections were detected each hour.

Egypt and Lebanon halted flights on Thursday according to the AP, joining Saudi Arabia, Iraq, Jordan, Tunisia and Morocco, which have already suspended all passenger flights. The United Arab Emirates did not close its airports but stopped all entry to the country by foreigners.