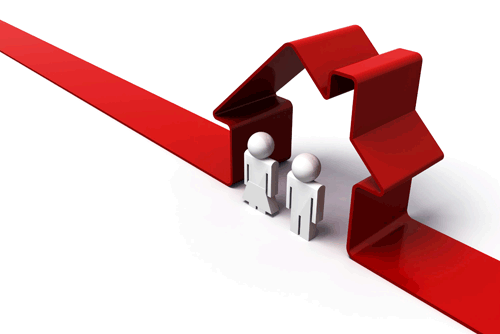 >>Follow Matzav On Whatsapp!<<
By Rabbi Yitschak Rudomin MA
Director: Jewish Professionals Institute www.jpi.org/ Email: rudomin@jpi.org
Author: The Second World War and Jewish Education in America www.jpi.org/holocaust/
Part of a series on Shalom Bayis
In recent years, a new phenomenon has been evolving in the Frum world. Married children in particular who have had a frustrating and difficult time with their own parents have been choosing to cut all ties with them. The “justification” such as it may be for cutting off all ties with the people who raised them and struggled to give them everything, is now based on allegations that the parents are being “VERBALLY abusive” to their children. Other types of accusations, such as having been physically abused are obviously serious. Getting a “Potch” from Tatty or Mommy is not what is meant here. But what is now becoming prevalent is that allegations of “VERBAL abuse” suffered either in the past of still supposedly ongoing is now becoming the “justification” for breaking off relations with one’s own parents. It is not clear if this phenomenon is taking place in the Chasidisha communities or among Charedi communities in Israel, but it is becoming known and even written about in the more Litvish Yeshiva communities in the USA.
Evidently what happens is that a married child or their spouse decides they have had enough of one set of parents’ “abusive” talk that is not clearly defined. The children then go to see a mental health therapist who advises them to break off all relations with the parents unless the parents stop or issue an apology to their own children. This is then followed up by getting a “Psak” from an anonymous rabbi who never divulges his name and full justification for his ruling, and the children are then all set to have nothing to do with their own parents and not to allow those parents access to their own grandchildren either.
When the parents are shocked to discover they have been cut out of the lives of their children, and ask why, and then say that according to the Torah’s Mitzvos of Kibbud Av Va’Em they should be respected by their own children no matter what, the therapists advise the children to tell the parents “not to hide behind Kibbud Av Va’Em”! This understandably comes as a huge shock to the parents who are bewildered by such extreme actions. The therapist then justify their advice to the children to cut off all relations with their parents by saying that “times have changed” and what is expected of parents is different in our times since in past generations parents were stricter with their children, now the way to raise children is based on pure “love” and harmony and beautiful words only. Such has been openly written about in all seriousness.
There are many questions that anyone can pose in this radically altering world of parenting in our times. We are seeing therapists and unnamed rabbis deciding what is and is not required according to the Torah’s Mitzvos requiring full compliance with Kibbud Av Va’Em even with parents who are difficult to deal with. While therapists are free to follow their own guidelines, rabbis too are required to follow rabbinical guidelines such as explaining what is behind their Psak and even publishing Teshuvos explaining their reasoning and not just relying on what they are told in the name of therapists. It is not good enough to tell the parents “not to hide behind” Kibbud Av Va’Em because that is pushing aside a De’Oraisa a Torah commandment that is in the Aseres HaDibros (Ten Commandments).
For example, if someone commits murder that the Torah forbids according to the Aseres Hadibros in Lo Tirtzach, would a murderer be able to use as a defense on his own behalf that the families of the victims “should not hide behind Lo Tirtzach? Of course such a claim would be absurd, so why is “hiding behind” Kibbud Av Va’Em any different?
To be continued….
{Matzav.com}