Mr. Irving M. Bunim zt”l was a businessman, philanthropist and a major lay leader of Orthodox Jewry, in particular the Young Israel movement in the United States from the 1930s until his passing in 1980. As the trusted assistant to Maran Rav Aharon Kotler zt”l, he was deeply involved in all aspects of Torah dissemination, philanthropy and Holocaust rescue.

Mr. Bunim was born in 1901 in Volozhin, Lithuania, then the major Torah center of Europe and the home of the first yeshiva, Etz Chaim. When Mr. Bunim was nine years old, his family moved to the United States. There, Bunim attended high school, after which he started working. His brother-in-law hired him to his textile factory. When his brother-in-law moved to Palestine, Mr. Bunim bought the company.

Together with other American Orthodox leaders, Bunim was active in the Vaad Hatzalah, an organization created to save yeshiva students and teachers from Eastern Europe. Later, the Vaad’s scope expanded to include all suffering Jews in Europe and helped them by sending food and other relief supplies, or by giving them refuge in non-European countries of safety. Once, because the Torah gives life-saving activity priority over Shabbos, and under express instruction from prominent rabbonim, Mr. Bunim took a cab ride on Shabbos to raise funds so that the Mir Yeshiva students and rabbeim could escape to Curaçao.

The hardest aspect of rescue work was negotiating with the Nazis themselves. This series of negotiations was called the Musy Negotiations named after Jean-Marie Musy, the pro-Nazi former president of Switzerland with whom the Vaad negotiated. In these negotiations the Vaad agreed to pay Nazis ransom to free Jews from concentration camps. After some dealings, the Vaad agreed to pay $5 million for 300,000 Jews or $250,000 each month for 20 months to free 15,000 Jews. These negotiations failed, though some thousand Jews, out of the 300,000 Jews promised to be freed, were saved from a certain death. After the war, the Vaad kept working to supply the survivors with food and other relief supplies. Mr. Bunim was an integral part of these efforts.

Mr. Bunim also supported and was vice-president of Torah Umesorah, the National Society for Hebrew Day Schools founded by Rav Shraga Feivel Mendlowitz, the head of Yeshiva and Mesivta Torah Vodaas. He traveled to distant places to raise funds. He also encouraged people to open schools, helped prevent communities from closing schools, and encouraged teachers and principals. Within ten years, Torah Umesorah enabled every Jewish child in America who lived in a city with a population of at least 25,000 to attend Jewish day schools. Twenty years later, every Jewish child in cities of a population of 5,000 was able to go to Jewish day schools.

Irving Bunim was also involved with Chinuch Atzmai, Israel’s independent Torah elementary school system, aiding its chairman Stephen Klein, and Rav Aharon Kotler, its founder and head, and frequently spoke on behalf of the organization in America and helped raise funds for it. Mr. Bunim became devoted to Chinuch Atzmai after seeing a Sephardic child in Israel who did not know the meaning of Shema Yisroel.

Irving Bunim was a philanthropist who gave loans and helped people in need. His main goal was spreading the word of the Torah to all Jews. He was a popular guest speaker at the functions of many Orthodox Jewish organizations and institutions. He was a raconteur, filled with anecdotes and parables, a skill reelected in his three-volume commentary on Pirkei Avos, Ethics from Sinai. Mr. Bunim passed away December 10, 1980 at his home in New York City. 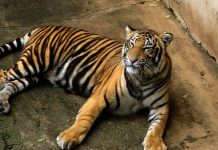