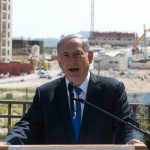 Israeli Prime Minister Bibi Netanyahu told visiting Greek Foreign Minister Nikos Kotzias this week: “Today we face the possibility that a deal will be signed with Iran, which is the foremost state-sponsor of terrorism in the world…. Every day, more concessions are made and every day the deal becomes worse and worse. I could say that what we see in Vienna is not a breakthrough, but more like a breakdown, a breakdown of the principles that the P5+1 committed itself to uphold.

“This deal will pave Iran’s path to a nuclear arsenal. It will give them a jackpot of hundreds of billions of dollars with which to continue to fund their aggression and terror….When you have such a bad deal that resembles more and more the deal with North Korea, the conclusion is simple….Better no deal than this very bad deal.”