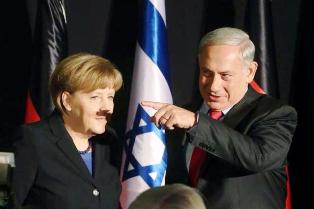 “Israel is concerned over the rise of anti-Semitism in recent years among political elements from the right and left, as well as from Islamist elements,” Netanyahu’s office quoted him as saying in a phone call with the German leader.

While Netanyahu seemed to be referring to the results of the Sunday general German election, the Israeli leader stopped short of naming the Alternative for Germany (AfD) party, which won about 13 percent of the general vote — the best showing for a nationalist force since World War II. Read more here.