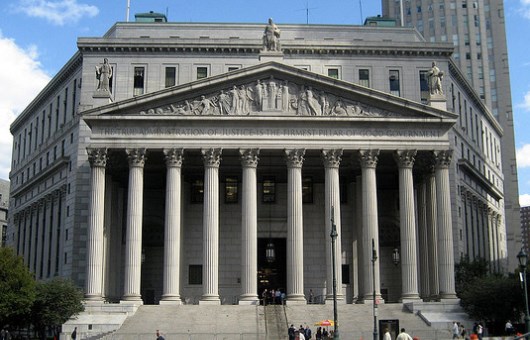 Judge Johnny Lee Baines—a towering presence, both literally and figuratively, in the New York State Supreme Court—has ruled that the legal definition of Shabbos could extend until Rabbeinu Tam’s 72-minute-zman.

In a case titled Signature Bank NA v. Koschitzki, the Court discussed General Business Law Section 13, which states that whoever “maliciously procures any process in a civil action to be served on Saturday, upon any person who keeps Saturday as holy time, and does not labor on that day . . . is guilty of a misdemeanor.”

Though not Jewish, Judge Baines was tasked to determine whether the law would apply when service occurs when it is Shabbos only according to those who adhere to Rabbeinu Tam’s zman.

The Court noted that the Defendant asserted that although “Jews who adhere to the group Chabad believe that the Sabbath ended at 5:15 pm on the date in question, it is the belief of the defendants and others of their fellow adherents that Sabbath ends 72 minutes after sunset, or 90 minutes after candle lighting time.”

“The Court understands that there is a disagreement as to the time at which Sabbath ends among different groups of observant Jews,” noted Judge Baines. The Court also noted that “given the conflicting opinions contained in different religious sources,” it would be inappropriate, “for it to determine the manner in which religious custom should be observed by any individual group or require that one particular group’s traditions be adhered to uniformly.”

As a result of the Court’s decision, the case against the defendant was dismissed.

Joey Aron is the founder of Aron Law PLLC. Aron Law PLLC is a boutique firm located in Boro Park, practicing primarily in the areas of employment law and discrimination. Contact information is available at www.boroparklaw.com