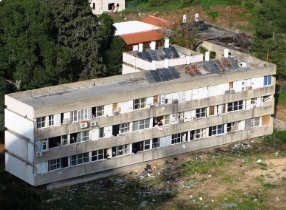 Yeshiva Beer Yaakov lies in darkness. The sword of financial cuts that have hit the Torah world has plunged the yeshiva into darkness after mounting bills from the electric company were not paid. The yeshiva, including the bais midrash and dormitory, have been without power since Sunday night.

When the zeman began on Thursday, a generator was used as a power alternative for the yeshiva, but the generator collapsed on Sunday night.

The yeshiva bochurim have been learning in compromised conditions. Due to the scorching heat, some have been traveling to several air-conditioned botei medrash in Beer Yaakov to learn.

Conditions in the dormitory are uncomfortable, as the boys are suffering from the heat and mosquitoes, but they continue learning Torah for all three sedorim with alternative arrangements.

The mashgiach of the yeshiva, Rav Lefkowitz, was mechazeik the bochurim, praising them for learning with hasmadah despite the great difficulty. At the end of the mahgiach‘s shmuess, the bochurim broke out into a dance, singing “Ashrei ha’am shekacha lo” along with their rabbeim.

The yeshiva hanhalah is making every possible effort to pay the debt to the electric company as soon as possible through fundraising. 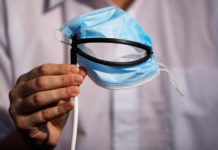