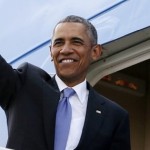 In a live webcast address to the American Jewish community, President Barack Obama sought to distance himself from accusations that those opposing the Iranian nuclear deal, including several prominent Jewish organizations such as the American Israel Public Affairs Committee (AIPAC), are warmongers.

“At no time have I suggested that somebody is a warmonger, meaning they want war,” Obama said in the webcast hosted by the Jewish Federations of North America (JFNA) and the Conference of Presidents of Major American Jewish Organizations. Obama added that if the Iran nuclear deal is rejected by Congress then he won’t have many options left except the military option.

“At that point we really don’t have options,” the president said. “We’re kind of flying blind. The logical conclusion is that for any president, me or my successor, to make sure that Iran’s not getting a nuclear weapon, I’m going to have to resort to some sort of military action because there aren’t going to be many other options left to us.”

However, Obama added that it is “not to suggest that opponents of this deal want war. It is a sober analysis of what options we have available to us.”

The address by Obama comes as the White House is sending a top Treasury Department official to Israel for meetings with Israeli leaders regarding the Iranian nuclear deal.

Szubin, who is one of the most well-versed officials on the sanctions regime imposed on Iran, will stress to Israel the Obama administration’s commitment to bolstering defense cooperation with Israel, particularly as it relates to Iran’s sponsorship of terrorism. 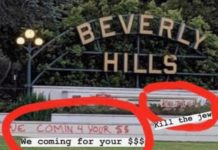 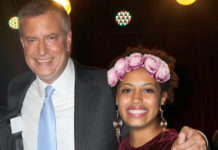