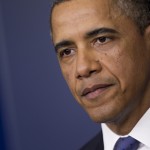 President Barack Obama said on Monday his administration was working on additional protocols for screening airplane passengers to identify people who might have Ebola and would step up efforts to make medical professionals aware of what to do if they encounter a case.

Obama made the disclosure after meeting top administration officials involved in attempting to prevent an outbreak of Ebola in the United States.

After a series of missteps involving the handling of a man who arrived in Dallas from Liberia with Ebola, Obama said “we have learned lessons in terms of what happened in Dallas. We don’t have a lot of margin for error.”