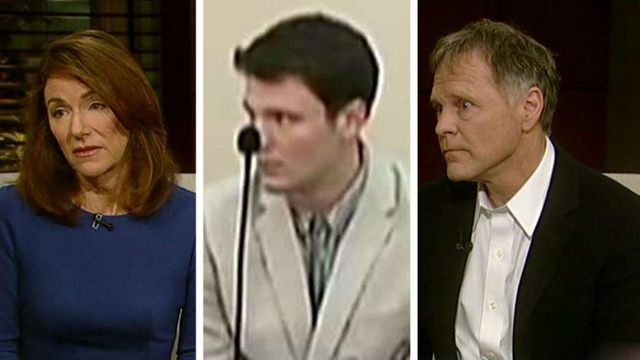 The parents of Otto Warmbier – the University of Virginia student who was detained in North Korea for nearly a year and a half, then died just days after he returned home in a coma – lashed out at Pyongyang in their first interview since their son’s June death.

Fred and Cindy Warmbier appeared on “Fox & Friends” on Tuesday morning, saying they had time to do some healing in the three months since they buried their son.

“But now we see North Korea claiming to be a victim and that the world is picking on them and we’re here to tell you: North Korea is not a victim. They’re terrorists,” Fred Warmbier said. “They kidnapped Otto. They tortured him. They intentionally injured him. They are not victims.”

Warmbier was arrested in January 2016 at the end of a brief tourist visit to the isolated country. He had been medically evacuated and was being treated at the University of Cincinnati Medical Center when he died at age 22.

“Unfortunately, the awful torturous mistreatment our son received at the hands of the North Koreans ensured that no other outcome was possible beyond the sad one we experienced today,” the Warmbiers said in a written statement after his death.

On Tuesday, the Warmbiers shared the shock and grief they felt meeting their comatose son at the airport.

“Our image of Otto, as you know, was of someone just wonderful, beautiful inside and out. And to see how he came home was too much for us,” Cindy Warmbier said, her voice breaking. “I almost passed out but I got it together, and I rode in the ambulance with him, ’cause I did not want him to be alone anymore. He’d been alone for way too long. And we stayed with him and loved him as best as we could.”

“We weren’t prepared for what we had, and then when we saw Otto the way he was, we loved him, we’re proud of him – but no mother, no parent should ever have gone through what we went through,” she said. “And the fact that Otto was alone, all that time, with no one to comfort him, is inexcusable. Whatever happened – I mean, why would you do this?”

She added that she felt he had only been sent home because he was about to die.

Fred Warmbier reiterated that North Korea should be listed as a state sponsor of terror.

The State Department “strongly warns” U.S. citizens not to travel to North Korea, “due to the serious and mounting risk of arrest and long-term detention of U.S. citizens.”

Shortly after the “Fox & Friends” interview aired, President Trump made it clear he had been watching by tweeting his approval of the segment. “Great interview on @foxandfriends with the parents of Otto Warmbier: 1994 – 2017. Otto was tortured beyond belief by North Korea,” Trump wrote on Twitter.