Chief Palestinian Authority (PA) negotiator Dr. Saeb Erekat on Thursday denied reports that the Palestinians were willing to postpone by two months a petition to the U.N. Security Council calling for Israel to withdraw from the West Bank by November 2016.

PA Foreign Minister Riyad al-Maliki also denied agreeing to postpone the U.N. Security Council petition. Maliki told Palestinian radio the PA would turn to the Security Council once they know they have secured the required nine of 15 affirmative votes. Maliki also said there is still no framework for getting Israel and the Palestinians to return to the negotiating table. 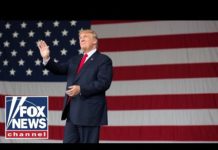