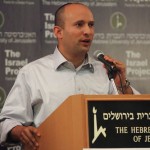 As Israel and Hamas continue their Egyptian-brokered indirect negotiations in Cairo in the midst of a 72-hour ceasefire, Israel has indicated that it might be prepared to ease some of the economic blockade on the Gaza Strip, but only “If there is a complete cessation of hostilities” on the part of Hamas, an Israeli official told the Wall Street Journal.

“I can’t tell you there’s been any progress at all,” he said.

Israeli Prime Minister Benjamin Netanyahu has summoned a meeting with senior ministers to discuss the ongoing negotiations. Yedioth Achronoth also reported that Israel may agree to facilitate the transfer of salaries for Hamas officials via a third party. However, no option to demilitarize Gaza, as requested by Israel, appears to be on the table at this point.

Earlier Israel’s Economy Minister and member of the Security Cabinet Naftali Bennett spoke out against such a potential agreement with Hamas and other Palestinian factions in Cairo.

“The money will be transferred to the terrorists who are digging under our feet, to the rocket manufacturers, and to those who shoot at us. It’s very simple. It’s a ‘calm for money to terrorism’ formula,” he said. “You can’t fight Hamas with one hand, and fund it with the other.” 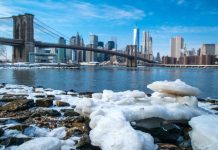