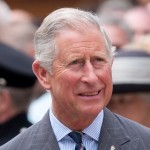 Prince Charles called on Muslim leaders throughout the world to stop the “indescribable tragedy” of the persecution of Middle East Christians.

“It is an indescribable tragedy that Christianity is now under such threat in the Middle East-an area where Christians have lived for 2,000 years, and across which Islam spread in 700 AD, with people of different faiths living together peaceably for centuries,” Prince Charles said in a video statement ahead of the release of a report on religious freedom by the Catholic charity group Aid to the Church in Need.

Reflecting on his own faith as a Christian, Prince Charles called on religious communities to work together to stamp out extremism and uphold freedom of religion.

“The horrendous and heart-breaking events in Iraq and Syria have brought the subject of religious freedom and persecution to the forefront of the world’s news,” he said. “We have learnt with mounting despair of the expulsion of Christians, Muslims, and Yazidis from towns and cities that their ancestors have occupied for centuries.”

“Sadly, incidents of violence in Iraq and Syria are not isolated,” added Prince Charles. “They are found throughout some, though not all, of the Middle East; in some African nations; and in many countries across Asia.”

According to the religious freedom report, Christians-especially those in the Middle East-are the most persecuted faith group in the world.

The report also noted that Jews in Western Europe have been subjected to increased violence and other persecution, forcing many of them to immigrate to Israel.