The campaign of R’ Nachman Caller for State Assembly has welcomed Assemblyman Dov Hikind’s promise to fight in Albany for the Education Investment Tax Credit after he admitted nothing has been done over the past 3 decades to solve the tuition crisis.
Most recently, a push to pass the Education tax credit in the 2014 legislative session was stopped by the majority leadership in the State Assembly. Assemblyman Hikind, as a senior member of the Democratic leadership, bears the responsibility for not delivering the relief in this year’s budget and during the legislative session. While obtaining a leadership role in the Assembly, he seemed not to have had the ability to influence legislation that is so important to our community.
Thanks to State Senator Simcha Felder (D-Brooklyn), Chair of the New York City Education Subcommittee, and Senator Martin Golden (R-C-I, Brooklyn), a joint-sponsored legislation which would create an education investment tax credit in New York State, instead of waiting for the Blaine amendment to be repealed, was introduced to the State Senate.
“Republican Caucus Members in the State Senate supported the Education Investment Tax Credit (EITC) bill from the very first moment. And as an Assemblyman in Albany, I will work with my Republican colleagues to pass the legislation in both Legislatures,” said State Assembly candidate R’ Nachman Caller. “There is no justification for it not to have passed this year. As our community’s representative, Mr. Hikind ignored the needs of our community parents, who are struggling with high tuition costs, until the end of the current election cycle.”
“Mr. Hikind, you had your chance, you had your moment, and you have not led. Now is our time.”
“I will fight for Education tax benefits that would ease tuition costs; for more housing and jobs, and for our community’s fair share in obtaining government resources,” he added. “These are not impossible tasks. They were not impossible until now, and they will become a reality once I serve as a representative of our community.”
R’ Nachman Caller is running on the Republican Party line and on the ‘Housing and Jobs’ Party line in the 48th Assembly District, which includes the neighborhoods of Borough Park and Midwood. 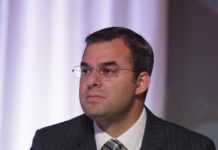 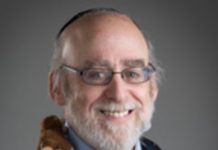