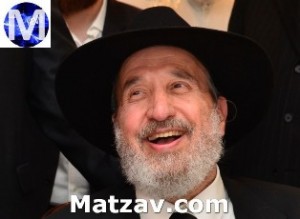 It is with great sadness that we report the petirah of Reb Yosef Halpern z”l, who passed away following a lengthy illness. He was 64.

Reb Yossi, as he was known, lived for decades in Boro Park, Brooklyn, before settling in Lakewood, NJ, several years ago.

Reb Yossi was special individual, who devoted his kochos to helping others, to supporting mosdos haTorah, to harbotzas haTorah, and to his own aliyah and avodas Hashem. He was a kind baal chesed whose chashivus for Torah and whose yiras Shomayim can be seen in his children, who are carrying on his derech in Torah, chesed and avodas Hashem.

Reb Yossi learned Torah and built Torah for decades, serving as a role model to so many people of the way a Yid should conduct his life.

During his last years, as he battled a devastating illness, Reb Yossi continued to persevere, learning and attending shiurim at Bais Medrash Kol Aryeh in Lakewood and showing that the Ribono Shel Olam‘s ratzon was the guiding force in his life at all time and in all circumstances.

He was born on 4 Kislev 5711 to his father, Reb Nochum Yoel Halpern and studied in his youth at Yeshiva Yesodei Hatorah in Tel Aviv. He then learned at Yeshiva Ohel Shimon-Erlau in Katamon, Yerushalayim, and then at Yeshivas Gateshead in England. He joined Bais Medrash Govoha in Lakewood, NJ, where he learned under Rav Shneur Kotler zt”l. After their marriage, he and his wife settled in Lakewood.

Reb Yossi’s support of Torah followed a path set for him by his father, Reb Nochum Yoel, and his zaida, Reb Yaakov, who were both recognized for their devotion to the frum community in Bnei Brak, where they were largely responsible for much of the growth of the city’s mosdos. The Halpern mishpacha was known in Eretz Yisroel for their support of Torah and for their close kesher with gedolei Torah, who highly respected their philanthropy, their hashkafah, and their chashivus haTorah.

Reb Yossi’s sterling middos were lessons in themselves. His sensitivity to others and the purity of his personality were so unique, rare commodities in our time.

The aron was then flown to Eretz Yisroel, where a levaya was held at 3 p.m. local time at Yeshivas Chazon Nochum on Rechov Bais Yosef in Bnei Brak. Kevurah took place in the Zichron Meir Bais Hachaim in Bnei Brak.

The family will be sitting shivah starting tomorrow at 500 Curtis Lane in Lakewood, NJ.

Reb Yossi leaves behind his devoted wife, Mrs. Rochel Halpern, and their children, as well as grandchildren, who are all following in his ways. 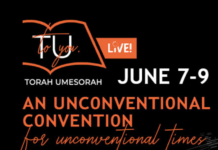 Torah Umesorah Brings The Convention To U 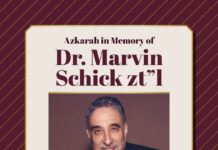 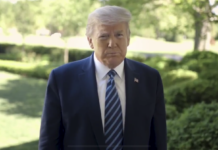