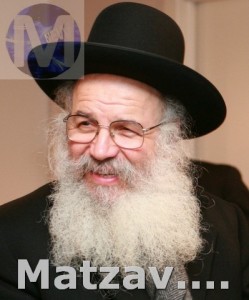 It’s a story that repeats itself every few months: A yeshiva wants to open in a town, and the residents fight it.

In the latest case, residents of Ocean Township, NJ, are battling to keep out Yeshiva Na’os Yaakov, which is led by Rav Shlomo Feivel Schustal.

Signs line the streets in the Wanamassa section of Ocean stating, “No Dorm on Logan Road.”

According to some, the signs might as well say, “No Jews on Logan Road.”

“Those paying attention know that when people hear that it is an Orthodox Jewish school, their reflex is to say, ‘No way,’” an activist told Matzav.com. “The residents will not admit it publicly, but it is pretty transparent,”

Ocean is no stranger to schools and students. In fact, it houses students from nearby Monmouth University.

But locals are opposed to a use variance sought by Yeshiva Na’os Yaakov for a 96-student boarding school on 1515 Logan Road.

Residents are showing up to the hearings in droves, NJ.com reports. The last three board meetings had to be moved to Ocean Township High School to accommodate the large crowds.

The most recent meeting, NJ.com reports, was held on July 15 and was adjourned after Fire Marshal Chris Prujat said the roughly 1,000 people who crammed into the 638-person capacity auditorium posed a “public safety concern.”

The residents don’t talk about the Jewish nature of the yeshiva. Instead they say that “the new school will drive down their property value and alter the makeup of the area,” despite offering no proof of either claim.

Darren Snyder, 42, lives next door to the property and says that he’s concerned that the new yeshiva will drive down his property value. NJ.com reports that what attracted him to the neighborhood, Snyder said, was that it was a “nice, quite area.” He said he’s worried that an influx of 96 young adults would put that in jeopardy. “I remember how I was like when I was that age,” he said, adding that he is concerned about the lack of supervision of the students.

Virginia Gizzi lives in the neighborhood as well. Both Gizzi and Snyder claim that their strong feelings are not fueled by religion.

Roman Storzer of Storzer & Green, a firm that represents religious organizations in zoning and land use cases, said the applicant has satisfied all of the relevant land use interests, such as traffic, noise and environmental concerns.

“They would also be renovating the property, making it much more harmonious,” Storzer said, according to NJ.com.

He said the fact that opposition remains strong among the residents suggests their concerns go above the building itself.

Storzer also pointed to the Religious Land Use and Institutionalized Persons Act of 2000, commonly known as RLUIPA, which protects religious organizations from being discriminated against in zoning and landmark cases.

The next hearing is scheduled for Sept. 30, but a location has not yet been determined.

Yeshiva Neos Yaakov opened one year ago, in Elul 5774, first settling temporarily at Camp Morris in Woodridge, NY, with over 60 talmidim, and then resettling in Lakewood, NJ, in the former Chavrei Hakollel building on Somerset Avenue.

The chozer at the yeshiva, who reviews the rosh yeshiva‘s shiur with the talmidim, is Rav Gavriel Blau, son-in-law of Rav Shlomo Feivel Schustal.

Rav Schustal, who is renowned for his in-depth shiurim, served for over 30 years as rosh yeshiva at Yeshiva Gedolah Torah Temimah, before opening the new yeshiva. Rav Schustal also formerly served as rov of Bais Medrash Avreichim of Flatbush.

Should the yeshiva be allowed to relocated to Ocean, the day to day operations would be run by Rav Shlomo Lesin, noted machzik Torah and former longtime executive director of Mesivta of Long Beach.