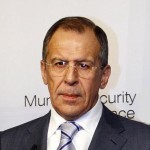 According to a statement released by Hamas, Lavrov was briefed on the situation in Gaza as well as “Zionist terrorism in the West Bank and its assaults on Muslim and Christian sites in Jerusalem.”

“The [Russian] foreign minister extended an invitation to the leadership of (Hamas) to visit Moscow and the movement accepted the invitation and the date will be determined later,” Hamas said.

“The relations between Hamas and Iran are not advancing in a direction in which the organization (Hamas) is interested and aren’t improving to the degree the organization wants in order to help the Palestinian issue,” Abu Marzouk told Al Jazeera.

Meanwhile, in mid-July, Mashaal visited Saudi Arabia to meet with King Salman and other senior officials in Iran’s rival nation.