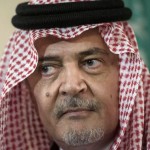 Saudi Foreign Minister Prince Saud Al-Faisal confirmed that international donors, including Saudi Arabia, have pledged 500 million US dollars for the reconstruction of the Gaza Strip during an emergency ministerial meeting of the Organization of Islamic Cooperation (OIC) in Jeddah on Tuesday.

The Saudi foreign minister called on Arab nations to stand “as one” behind the Palestinians.

Prince Saud issued a statement at the beginning of the OIC meeting, the second emergency meeting of the organization to be held this month.

“The [OIC] Executive Committee is holding its second meeting within one month for deliberations on how to respond to the flagrant Israeli aggression against our people in the Gaza Strip, after this aggression continued day and night by air, land and sea over an entire month. This aggression aims to kill Palestinians en masse, targeting civilians, especially children and women, who make up more than half of the victims,” he said in a statement carried by the state Saudi Press Agency (SPA).

“The whole world has followed up the horror and brutality of the Israeli occupation army, which is using the most powerful types of weapons to kill innocent civilians in their homes. The world has seen children and babies being killed while in the arms of their mothers. What the world has seen in the war on Gaza of tragic images, unprecedented brutality and mass destruction goes beyond all limits of humanity,” the statement added.

Prince Saud called on Arabs to carry out their “collective responsibilities towards our Palestinian brothers who are subject to fierce attacks, targeting their existence and identity.”

“Israel has not hesitated and will not hesitate to go to any extreme without consideration for any regulation, law, legitimacy or humanity, to achieve its goals and objectives. Its goal is to eradicate the Palestinian presence even in its living and cultural expressions; seize territory; threaten Palestine as a whole; violate its mosques, churches and holy sites; and impose its hegemony on the region as a controlling, tyrant regional power,” the statement continued.

Prince Saud urged Arab and Islamic nations “not to absolve ourselves of responsibility,” adding that Israel would not be able to carry out “aggression after aggression” if the Islamic nation was united.

“As we stand by supporting our Palestinian brothers in their struggle for survival against an occupying force escaping . . . international law and humanitarian principles, we must [consult] with [our] brothers to ensure their unity. Here, we should note the Egyptian initiative and good efforts made by the leadership of the Arab Republic of Egypt to end this crisis, stop the Israeli aggression and achieve pacification; these efforts deserve praise and appreciation.” 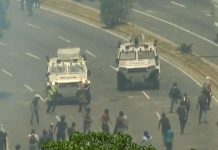 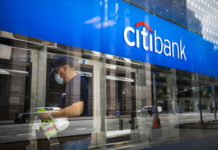 Companies To Pause Some Loan Collections For 3 Months 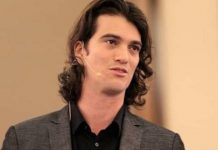