In response to a massive recall of millions of vehicles equipped with Takata’s exploding airbags, as well as a number of other auto-part recalls and related fatalities, U.S. Senator Charles E. Schumer has called on the Department of Transportation’s (DOT) Inspector General to conduct a top to bottom review of the auto safety screening procedures and protocols that are used to approve auto-parts before they are put into vehicles and sold to millions of Americans. Schumer said that this system is clearly failing, and that the Department of Transportation Inspector General must not only review the broken system that allows untested car parts into the marketplace, but also provide recommendations on ways to toughen testing and oversight to ensure that defective parts aren’t mass produced. Most recently, the National Highway Transportation Safety Administration issued a warning about millions of vehicles that may contain defective airbags made by Takata. Recently, many Takata airbags have ruptured, injuring at least 139 individuals and tragically killing four, due to flying shrapnel. It was reported Thursday that Takata knew about the rupture risks, yet never reported the data to federal safety regulators.

Schumer today said that current auto-part screening procedures are too lax, as there is no federal compliance inspection and testing process for most car parts, before they are sold to the public. Specifically, when car parts are manufactured, they are first tested by the manufacturer itself, according to voluntary standards that they are encouraged to follow by the federal government. Then, those car parts are self-certified by the manufacturer as meeting those standards. At that point, the car or the part can be imported into the U.S. and sold to the public. Manufacturers are encouraged to continue routine testing on the production line. On an annual basis, the Office of Vehicle Safety Compliance (OVSC) randomly selects samples from car dealerships, manufacturing plants, distribution centers, and retail stores for compliance testing at labs. Schumer today explained that federal compliance testing is not conducted before car parts or whole cars are sold to the public. Schumer today demanded a top to bottom review of the current system and a set of specific recommendations from the DOT Inspector General for how the system can be improved and expanded.

“In recent years, there have been far too many serious issues with defective car parts, including this most recent egregious example of Takata’s exploding airbags; at best, this leads to economic hardship for millions, and at worst, this means injury or death. It’s clear the current system of testing car safety is not working,” said Schumer “We need a top-to-bottom review of the system by the Department of Transportation’s Inspector General to identify the holes in our federal compliance inspection and testing process, and recommendations on how to plug them. We need to toughen testing and oversight to ensure defective car parts aren’t mass produced and sold to the public in the first place.”

So far, eleven automakers have recalled 14 million vehicles because of defective Takata airbags. Reports say that the inflators in the defective airbags have ruptured, causing metal fragments and shrapnel to fly into the car. Takata airbags have been linked to at least 139 injuries and four deaths. Recently, the New York Times uncovered that Takata knew about the dangers in 2004, yet, hid the testing data from federal safety regulators. Schumer highlighted the fact that Takata knew about the dangers in 2004 and yet it took over a decade before the NHTSA inspection system noticed the problem and took action as a key example for why the system needs to be improved.

Schumer today urged the DOT Inspector General to complete a top to bottom review of auto safety screening procedures and to develop a specific set of recommendations that can then be implemented to improve the overall safety of vehicles on the road. Schumer noted that at the request of the Secretary of Transportation, the DOT IG is already looking into ways to speed up the recall process, but they have not yet focused on how to prevent flawed and dangerous parts from making into the market to begin with. Schumer pressed the DOT IG to expand their review and to release a full set of recommendations for improvement of auto safety inspections, especially recommendations focused on identifying flawed and dangerous parts in the product development and prototyping phase before they are ever sold to consumers. Schumer urged the DOT IG to ensure that their review does not just focus on how to more effectively recall flawed parts, but also how to prevent them from being sold at all.

Schumer highlighted that automakers and parts manufactures have an important role to play in improving the safety of vehicles on the road. Schumer praised some automakers, like General Motors, that are already making an effort to implement stronger testing protocols and oversight procedures, and urged the DOT IG to now ensure that federal inspections and review keep pace with those industry efforts. Increased early oversight and improved safety testing procedures will not only lead to safer cars on the road, but would reduce the frequency of recalls that cost manufacturers millions.

Schumer explained that recommendations are sorely needed to improve the auto safety testing in order to efficiently crack down on defective parts. For instance, Schumer pointed out that there is currently no federal, universal inspection and testing process for auto parts; federal testing may need to be conducted before car parts are sold to the public. Schumer went on to say that if necessary, he plans to introduce legislation to toughen testing and oversight. 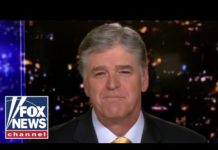 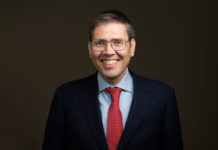 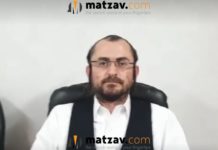 WATCH: Oops: Yerushalayim Police Assault Chareidi – Only for Him to Turn Out to Be a Known Lawyer